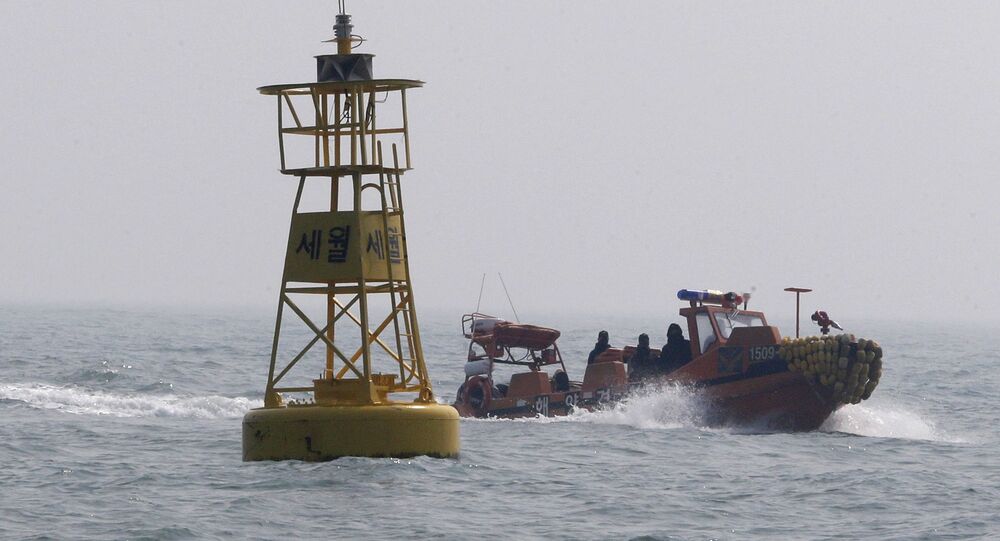 TOKYO (Sputnik) - South Korean military have detained a North Korean fishing vessel, believed to be operated by the military, after it crossed the de facto maritime border, known as the Northern Limit Line (NLL), between the two Koreas, Yonhap news agency reported on Sunday.

"The crew said they 'lost direction' and cited a 'navigation mistake," the Yonhap news agency wrote citing a Joint Chiefs of Staff (JCS) official, who added that the crew claimed to have crossed the NLL due to a "navigation error."

The vessel was towed to a military port in Yangyang, Gangwon Province, and its 3-member crew are currently being interrogated, the agency added.

According to the report, South Korean military normally do not detain ordinary North Korean fishing boats and simply drive them away, but this time they believed it to be a military vessel because one of the three men aboard was wearing a military uniform of North Korea. It remains unconfirmed whether he is an active-duty soldier, the JCS official added, as quoted in the report.

The 10-meter-long wooden boat was first spotted 5.5 kilometers north to the NLL in the East Sea at around 10:15 p.m. local time (1:15 a.m. GMT) on Saturday, shortly after which it headed southward and crossed the de facto sea border at around 11:21 p.m., the JCS added.

The maritime boundary between South and North Koreas has long been a disputed issue for them. In 1996, the United States unilaterally drew the 42 nautical miles long NLL across the East Sea to demarcate the boundary. North Korea does not recognize the legitimacy of this line.