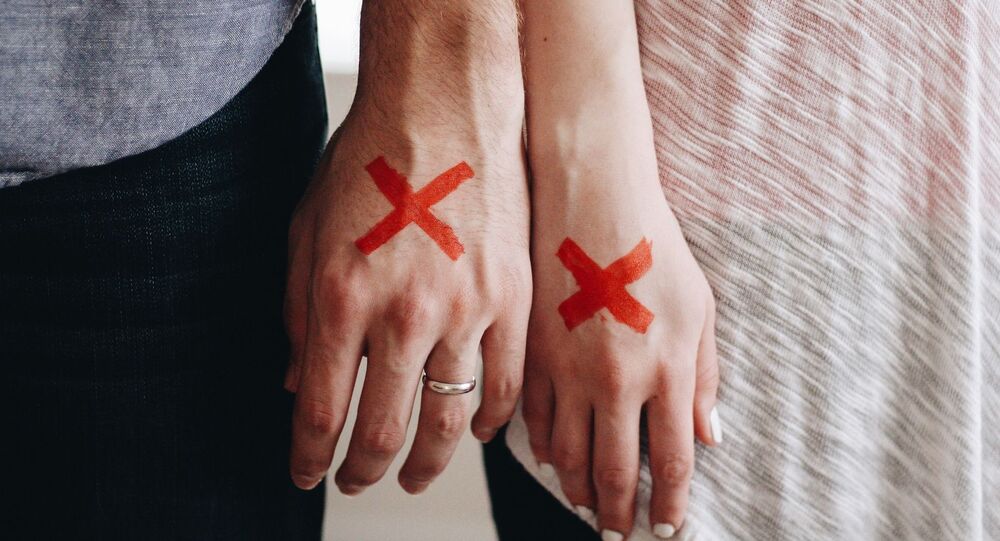 New Delhi (Sputnik): India’s lower house of Parliament, the Lok Sabha, passed a controversial bill to ban Islamic annulment of marriage by instant “Talaq” or divorce. The bill seeks a three-year jail term for Muslim men, who divorce their wives through this practice.

Federal Law Minister Ravi Shankar Prasad, while moving the bill said, it is all about gender justice. The bill will now go to the upper house or Rajya Sabha.

“Twenty Muslim countries in the world, including Pakistan and Malaysia, have banned triple talaq. Why can’t a secular India do it?” asked Prasad.

The opposition argued that the criminal clause in the bill could be misused by law-enforcement agencies and wanted further consultation on its provisions by a Parliamentary Select Committee.

The contentious clauses in the bill are, (i) it is a cognizable offence; (ii) it is non-bailable, and the husband can be jailed and denied bail and (iii) it provides for subsistence allowance by the Muslim man to his divorced wife and children.

The bill was previously passed in the Lok Sabha in December 2018, but it could not be enacted as it did not get through the upper Rajya Sabha, as the ruling alliance didn’t have the required numbers.

There has been widespread support for the legislation from the general public, and many have taken to social media to express their views.

#TripleTalaqBill @asadowaisi
Owaisi said this bill pushing away muslims from their religion, as if harassing women by triple talaq was pulling. Muslim men want to be treated at par with others now on talaq issue, but for rest personal law.?? @rocks_114https://t.co/IgGpHY6L4P pic.twitter.com/zBviimVwQH

What an historic day for our democracy when Triple Talaq Bill has been passed by Lok Sabha.

Now we can proudly say that every women has got the equal rights irrespective of their religion . Finally Justice Prevailed ✌️#TripleTalaqBill pic.twitter.com/D6xXx9OZ81

​India’s Supreme Court had in an August 2017 judgement ruled the practice of triple talaq “unconstitutional”. The court also asked the government to frame new divorce legislation to replace the abolished practice.

Some Muslim bodies have admitted that while triple talaq is wrong, they want their community to review the practice. However, the All India Muslim Personal Law Board – a non-governmental organization to maintain Muslim Personal Law in India, has said it would challenge the ban.