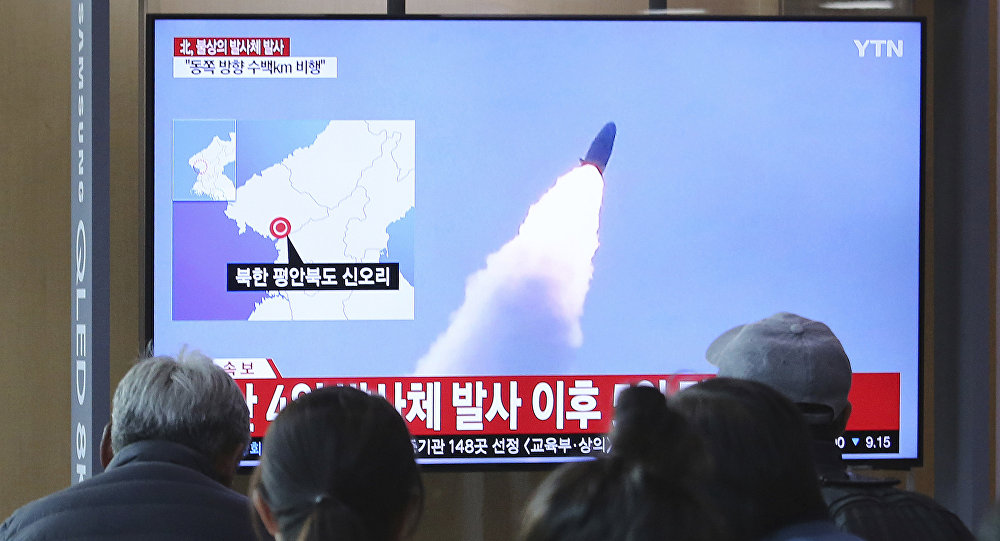 TOKYO (Sputnik) - A second short-range missile fired by North Korea on Thursday that flew 690 kilometres (428 miles), seems to be of a new type, South Korean media reported, citing an official from the Joint Chiefs of Staff (JCS).

"We've found some features that indicate that the second one could be a new type, which requires more analysis and assessment", the officer said, as quoted by the news agency Yonhap.

Earlier in the day, South Korean media reported that North Korea had fired short-range missiles from the Hodo Peninsula, situated not far from the eastern coastal town of Wonsan, into the Sea of Japan. The first missile flew around 267 miles, and both maintained an altitude of 31 miles before falling into the water.

According to the JCS, it is still unclear whether these missiles were ballistic.

The DPRK's authorities have yet to comment on the situation.

Despite this, however, there have been some developments in the deadlocked US-North Korean denuclearisation dialogue, notably the meeting between North Korean leader Kim Jong-un and US President Donald Trump at the Demilitarised Zone in late June. During their meeting, Kim and Trump agreed to intensify bilateral contacts at the working level.