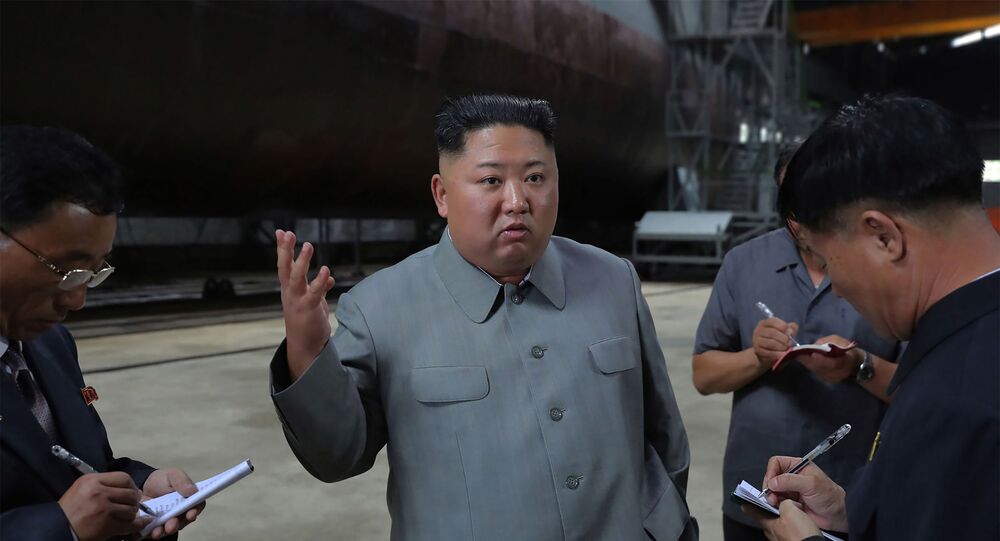 Kim Jong-un “expressed great satisfaction over the fact that the submarine was designed and built to be capable of fully implementing the military strategic intention of the party under various circumstances,” KCNA news agency said.

According to media reports, it will be used to perform tactical tasks in the Sea of Japan.

Supreme Leader Kim Jong-un has inspected a new submarine aimed at implementing North Korea's "military strategic intention". There's no word on the date of the inspection, but state media say its deployment in the East Sea - also called the Sea of Japan - is "near at hand". pic.twitter.com/m7T8ftpxEx

​The KCNA did not specify what kind of weapons are installed on the submarine, and did not provide characteristics.

During the inspection, Kim Jong-un also stressed that for the DPRK, the use of submarines is of strategic importance. He also spoke of the need to develop weapons for the Navy to ensure the reliable defence of the state.

Earlier, the US and South Korean experts have repeatedly voiced suspicion that the DPRK is building a new submarine capable of carrying ballistic missiles.