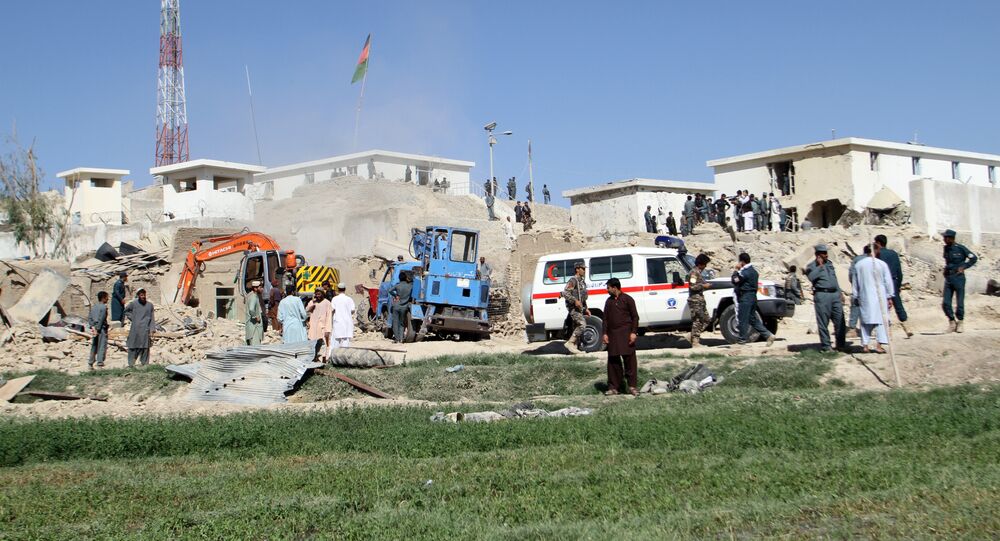 New Delhi (Sputnik) - The statement came after the primary Afghan intelligence agency, the National Directorate of Security (NDS), said that the Kandahar terror attack was organised and directed from the Chaman region in Pakistan’s Baluchistan province.

Pakistan’s Foreign Ministry has termed the allegation of "plotting" a terror attack in Afghanistan as baseless, adding that it would continue working "constructively for durable peace in Afghanistan and the region".

"The public blame-game is contrary to the spirit of the understanding between leadership of the two countries to address issues through close coordination amongst relevant agencies", Pakistani Foreign Ministry spokesperson Dr Mohammad Faisal said on Friday evening.

The Taliban claimed responsibility for the attack on the Kandahar police headquarters, in which 12 people were killed.

The National Directorate of Security said that militants were "regularly receiving instructions from a terrorist base in Pakistan".

​Afghanistan has linked several terror attacks on its soil to Pakistan, including the 2017 Kabul terror attack near the German Embassy that killed 150 people.

These terror attacks came even as the seventh round of Afghan peace process talks between the US and Taliban concluded.

The Taliban insists on the pull-out of foreign forces, stressing they won't start negotiations with the Afghan government until a timeline for a foreign troop withdrawal is officially announced.