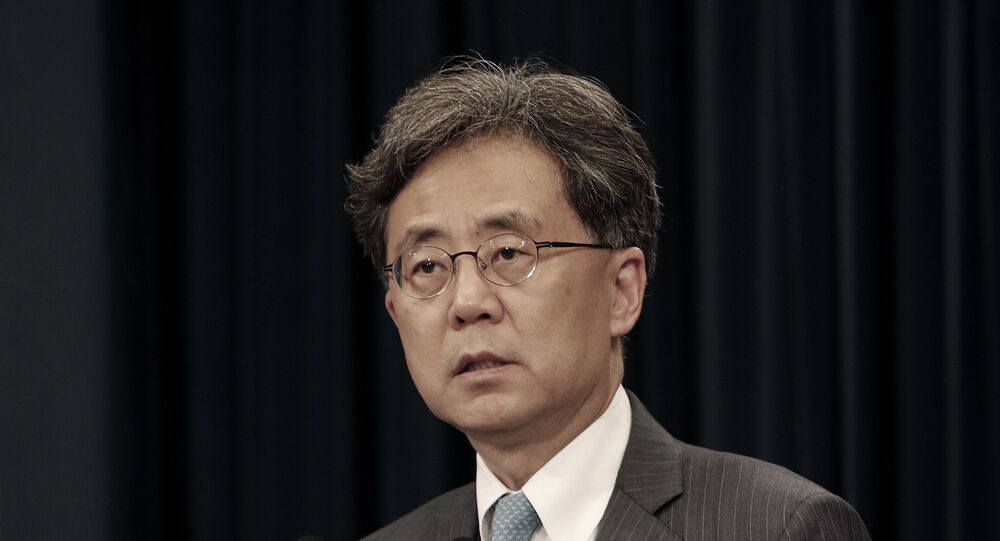 MOSCOW (Sputnik) - Japan has protested against South Korea's rejection of Tokyo's suggestion to create an arbitration panel to settle the long-standing row between the two nations over wartime forced labour.

Thursday was set by Tokyo as the deadline for Seoul to respond to its request to initiate a formal third-party arbitration process to settle the conflict between the two countries over Seoul's court order for Japanese companies to pay reparations to former workers whom they allegedly exploited during Japan's occupation of the Korean Peninsula.

South Korean President Moon Jae-in rejected the proposal on Tuesday, saying that the deadline was arbitrary and the issue should be resolved through diplomatic avenues.

"It is problematic that Seoul is leaving the situation of violating international law [by rejecting the proposal] as it stands," Japanese Foreign Minister Taro Kono told South Korean Ambassador Nam Gwan-pyo after summoning him lodge a complaint with Seoul, according to the Yonhap news agency.

According to reports by Japanese media, in 2018 South Korea's Supreme Court ordered Japanese companies to pay damages to plaintiffs who say they were forced to work for Japan during WW II. Tokyo reportedly responded by saying that the compensation issue had been settled after the two countries signed an agreement back in 1965.

Japan ruled over the Korean Peninsula, then its colony, from 1910 to 1945. In 2005, the two countries signed an agreement in which South Korea agreed never to make further compensation demands, either at the government or individual level, after receiving $800 million from Japan as restitution for its colonial rule.