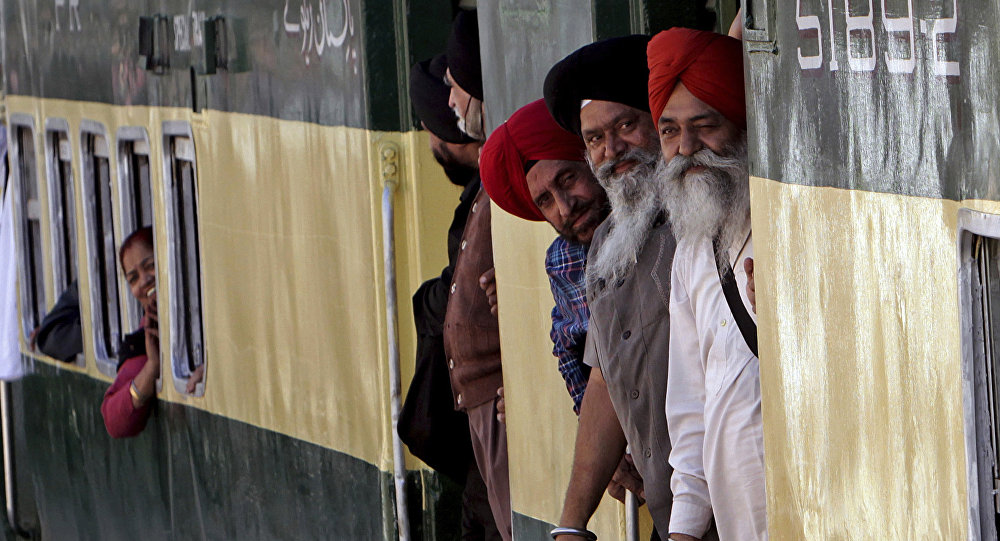 New Delhi (Sputnik): UK-based British-Indian rapper Taran Kaur Dillion appears to have gotten herself into a major controversy once again, by supporting ‘Referendum 2020’, an online secessionist campaign launched by a US-based Sikh group, and appealing to the Sikh fraternity to join it.

Sikhs for Justice (SFJ), a US-based group launched the Referendum 2020 movement, allegedly by request of Pakistan's ISI spy agency, seeking the foundation of a separate homeland for Sikhs or "Khalistan" in the Indian state of Punjab.

In a trail of videos, posted on Instagram by the Bollywood rapper popularly known by the name ‘Hard Kaur,’ she can be seen supporting the separatist referendum.

She has also given a clarion call for the Sikhs of India to support ‘Referendum 2020’ in November.

The introduction section of her verified Instagram account with 51,000 followers, reads “Hard Kaur Brigade for Khalistan”, “Referendum2020- to free Punjab from Indian Occupation” because Sikh leaders are labelled terrorists in school textbooks.

In the video, the rapper asks all Sikhs to support the movement in the name of their Gurus.

She also lashed out at non-supporters of the ‘cause’ asking them to respect the deceased Jarnail Singh Bhindranwale, the leader of the extremist Sikh movement that demanded the creation of ‘Khalistan,’ and not to be lead astray by opponents of the cause.

In other videos, Kaur can be seen dancing to the tunes of Punjabi songs while flaunting her white Referendum 2020 T-shirt and displaying a photograph which appears to be of the terrorist Jarnail Singh Bhindranwale, who was neutralised by the Indian army during 'Operation Blue Star' in Punjab state in 1984.

India’s Union Cabinet on 17 July banned ‘Sikhs for Justice’, the separatist group, on grounds of secessionism and alleged anti-national activities.

Her provocative and anti-Indian message triggered a strong backlash from people of India.

Weeks ago, rapper Kaur was charged with sedition for her objectionable social media post against Uttar Pradesh Chief Minister Yogi Adityananth and Rashtriya Swayamsevak Sangh chief Mohan Bhagwat, blaming them for the Pulwama terror attack in Jammu and Kashmir, and the 26/11 Mumbai terror attack.

She was booked under Sections 124A (sedition, attempt to excite disaffection or hatred), 153A (promoting enmity between different groups on grounds of religion), 500 (defamation) and 505 (intent to incite) of the IPC and Section 66 of the IT Act (for sending offensive messages) in New Delhi.