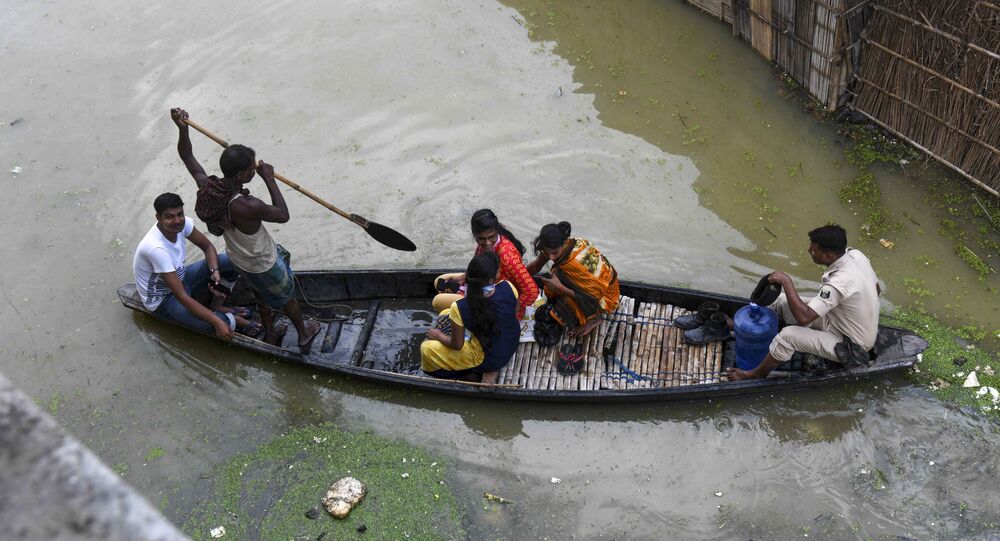 New Delhi (Sputnik): The baby boy born in a boat earlier this week, in flood-ravaged Assam, was named 'Krishna' by his mother, in honour of the Hindu God believed to have been born during massive floods, centuries ago in ancient India.

Twenty-four-year-old Rumi Pathari went into labour in the early hours of Monday. Desperate in the face of this medical emergency, Rumi and her husband, Dulal Pathari, managed to board a boat to travel from Aphola village in the Mohoramukh area of Assam, to a hospital in Bokakhat in the state’s Golaghat district.

The 24-year-old woman, however, didn't make it to the hospital in time, and delivered the baby inside the boat, with the help of two health workers who were with the couple, a report by the television news channel NDTV said.

The mother and child are now recuperating at the Golaghat district hospital. Doctors said both are stable.

Floods in Assam have claimed the lives of at least 30 people in July and affected 5.7 million people. At least 151,000 displaced people are thought to be in relief camps spread across the state.