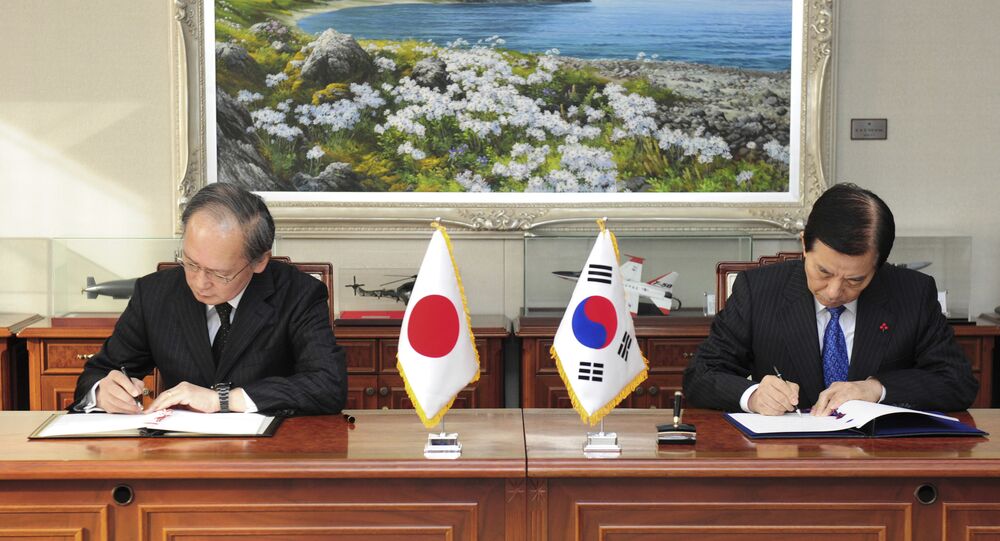 Relations between Seoul and Tokyo soured after Japan introduced export restrictions on certain materials used by South Korea’s major tech firms, sparking fears that the move could affect technology companies globally. The deadline for Seoul to respond to Tokyo’s offer of independent arbitration expires at midnight.

The statement comes amid a spat between South Korea and Japan over forced labour imposed on Koreans during Japan’s occupation of the Korean Peninsula between 1910 and 1945.

South Korean media said on Thursday that Seoul has several options on the table with regard to how to handle its row with Japan over wartime forced labour and that they will be applied depending on Japan's reaction to Seoul defying a deadline to pick a country that would arbitrate in their dispute.

"We are considering various scenarios depending on how Japan will move", South Korea’s Yonhap news agency cited an anonymous diplomat as saying.

Tokyo has argued that the ruling violated the countries' 1965 treaty and imposed tight controls on technology-related exports to South Korea earlier in July, citing broken trust in its neighbour. Japan has denied that the two developments are linked.