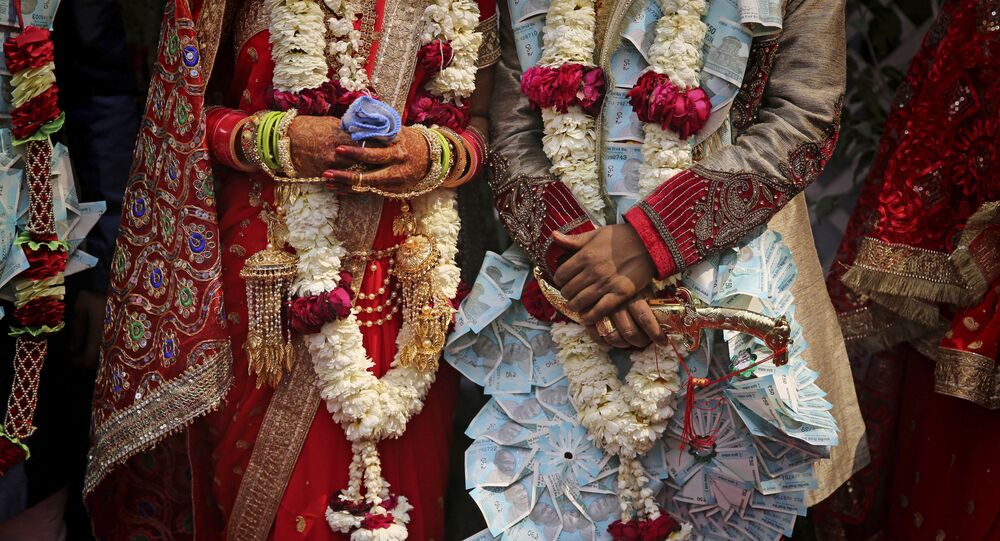 New Delhi (Sputnik): A man in the Indian state of Uttar Pradesh has allegedly divorced his wife of 24 hours over dowry disputes using the Islamic system of ‘Triple Talaq’, or by proclaiming divorce thrice.

The relatives of Shahe Alam, the bridegroom, allegedly demanded a motorbike as a dowry, but the bride’s side failed to fulfil their wish.

The incident ignited social media over the Triple Talaq Bill tabled recently in the Indian Parliament which seeks to penalise offenders.

The avalanche of comments on Twitter included those that sympathised with the woman and asked for stringent laws to stop the triple talaq practice.

Muslims shud get what they want. If they want these practices, we shud give them full Sharia law, Civil and criminal both.
Hand cut punishment for committing Theft.
Hang for murder.!!
And so on..
Or, if a muslim don't want these laws, renounce islam.!!@rsprasad

Why is #TripleTalaq Bill important?? 👇

Shahe Alam of #UttarPradesh married Ruksana Bano only to divorce her after her family failed to give him a motorbike in dowry.

Now people know why a strong triple Talaq bill is needed in India.

​Some took a dig at the actress and former Miss India Pooja Batra who recently married Muslim actor Nawaab Shah, warning her about Islamic law.

yes we pray, he won't give you triple talaq and you don't produce 11 Muslim kids and dont go through halala. Blessings.

I wish god & your husband gives you all the happiness in the world forever.
But Sister be careful & beware of Triple Talaq before accepting Islam.

The marriage took place on 13 July.

The bride’s father filed a complaint against the bridegroom and his 12 family members under the Dowry Prohibition Act of 1961 after the bridegroom demanded a motorbike as dowry and refused to back down.

The Triple Talaq Bill, which prohibits the Islamic form of divorce – a practice, which allows a Muslim to divorce his wife by simply saying "Talaq" three times in succession, wasn't approved by Indian parliament during Narendra Modi's first-term.

It was tabled again in Parliament as "The Muslim Women (Protection of Rights on Marriage) Bill" on 17 July 2019. The yet to be ratified bill provides for a three-year jail term, for offenders that divorce by saying 'talaq' three times.

Prime Minister Narendra Modi has addressed the issue many times, and described the Bill as “justice for Muslim women”.