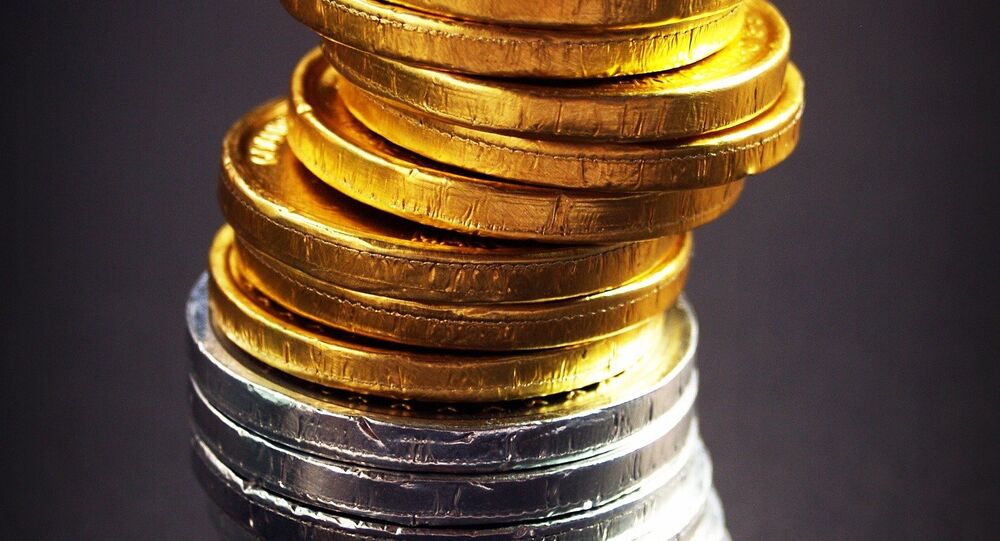 New Delhi (Sputnik): An Indian right-wing leader has come out against the government’s plan to raise funds in foreign currency to finance the budget deficit.

Finance Minister Nirmala Sitharaman during her Budget Speech in Parliament said the government would borrow in foreign currency to finance the budget deficit. According to reports, quoting a top Finance Ministry official, India plans to raise $10 billion from overseas sovereign bonds.

“The Government will start raising a part of its gross borrowing programme in external markets, in external currencies. This will also have a beneficial impact on the demand situation for government securities in the domestic market,” Sitharaman told the Indian Parliament in her Annual Budget Speech on 5th July.  She had placed the target for the fiscal deficit at 3.3% for the financial year 2019-20.

Mahajan said, citing the experience of Argentina and Turkey, it was unpatriotic and could create long-term risks for Indian economy. He said such a move would make India dependant on the foreign countries that bought the bonds, and their financial institutions. Going overseas to borrow could lead to faster rates of depreciation for the Indian rupee, and allow foreign governments to demand tariff reductions, reported Reuters, quoting the right-wing leader.

Mahajan said Swadeshi Jagaran Manch would meet prominent economists in the country, as part of its campaign to oppose the move and lobby the government to avoid the proposed scheme.

Some financial experts disagreed with Mahajan's views and said the foreign loans would not substantially impact Indian currency values.

“I think it is a positive move, and the opposition to it does not hold much ground. Although it will have a bit of an impact on our currency, other factors are at play. Plus, the depreciated rupee would actually work in favour of our export business. So the net benefit, I think, is much bigger than the immediate impact on the currency,” economist Kunal Saraogi told Sputnik.

Swadeshi Jagaran Manch has been critical of several of Prime Minister Narendra Modi's economic policies, including easing FDI norms in several sectors, saying “FDI is not a panacea for all ills. It is not a solution to all problems. FDI has done more bad than good for the economy.”