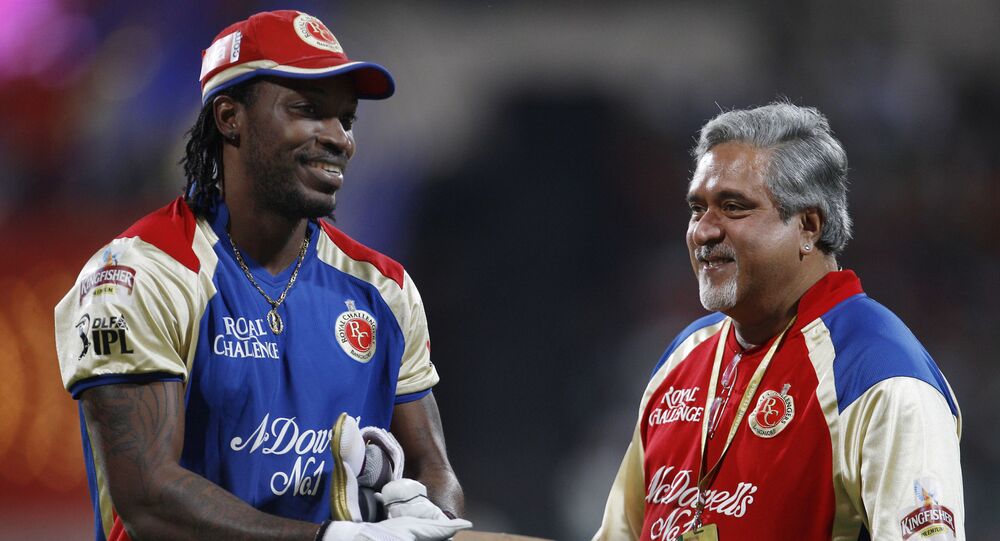 The photograph captured the attention of Twitterati when Mallya posted it online. The two were reportedly photographed at a Formula-1 qualifying event in the UK.

“With my dear friend and Universe Boss @henrygayle,” the 63-year-old businessman wrote on Twitter.

Gayle was a member of the West Indies squad in the recently concluded Cricket World Cup 2019 in England.

With my dear friend and Universe Boss ⁦@henrygayle⁩ Was good to be together at Silverstone for Formula One Qualifying pic.twitter.com/wNOq6TJZgG

​Mallya, who was recently spotted at a world cup match, cornered by Indian cricket fans, and subsequently booed and subjected to chants of “Chor Chor” (thief–thief) in Hindi, now has to face the Twitterati's wrath.

Sir you have inspired many others to be a CHOR. You have inspired how to manipulate financial transactions. How to cheat and commit fraud. I trust #Bollywood will surely make a movie on your life of richness and thuggery.

You should go to jail

While many netizens flooded the comments section of his post with chants of “Chor”, others mockingly advised Gayle to stay away from Mallya, or at least keep his money away from the beleaguered businessman.

@henrygayle friends and all is okay, but if this guy does ask for some loan .... check witb the banks here once

@henrygayle pls boycott this bugger , he would soon be extradited to India for his deeds ....friendship with India's enemy would also make you lose your IPL spot

Gayle does not know your
bad deeds back home.

However, Mallya remained unflinchingly unaffected by the tonnes of hateful comments on his post, and shot back at trolls, labelling those that called him a thief 'losers'.

Great to catch up with the Universe Boss and my dear friend. For all those of you losers who call me CHOR, ask your own Banks to take their full money that I am offering for the past one year. Then decide on who is CHOR.

Mallya, who was once a leading liquor baron in India, has been residing in the UK since 2016 and is presently facing extradition proceedings in the country, after allegedly defaulting on loans amounting to Rs 9,000 crore ($1.28 billion).

The Indian economic intelligence agency Enforcement Directorate (ED) has declared him a "fugitive economic offender" and has opened a case on the grounds of the Special Prevention of Money-Laundering Act of the Indian Parliament.