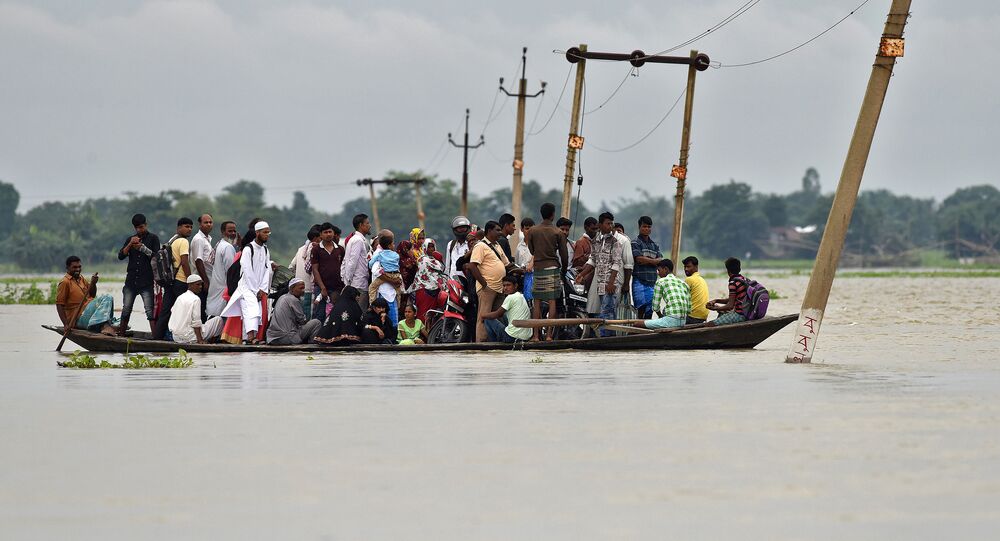 New Delhi (Sputnik): Amid the heavy monsoon floods in the Indian state of Assam which have reportedly left the lives of almost 2.6 million people at risk, a heart wrenching video of a school building collapsing into the Brahmaputra River has surfaced.

Many locals, meanwhile, have taken to Twitter to post images about the miserable situation prevailing in their various respective regions.

Not only human lives, but animals too have been affected with many low lying areas of the state submerged in the flood water.

The India Meteorological Department (IMD), however, has forecast more rainfall in the hours to come.

The floods have left 11 people dead across 28 districts of the state in one week.

The National Disaster Response Force (NDRF) which has been actively engrossed in rescue operations has managed to rescue 7,833 people in the past 24 hours across the state, officials said.