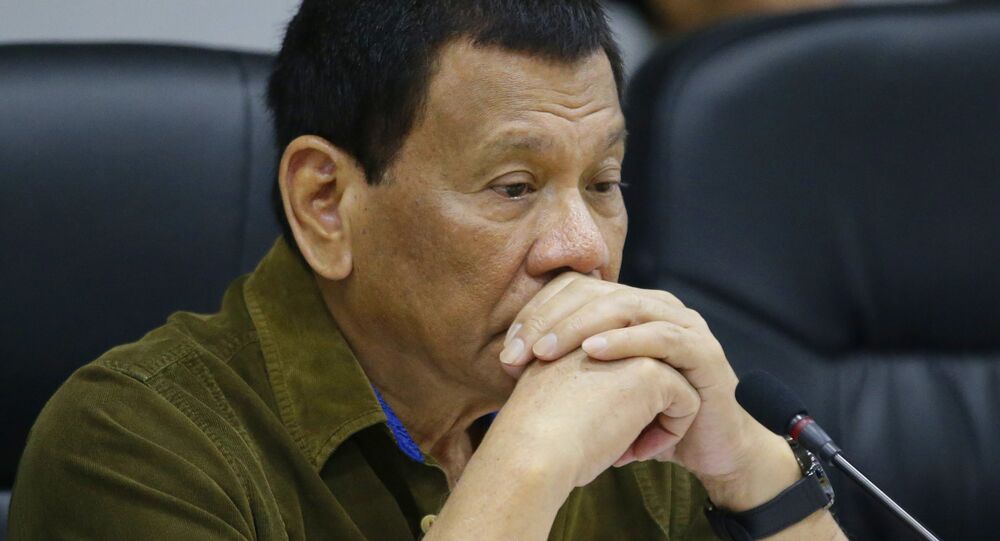 'You Have No Moral Grounds to Lecture Us': Philippine Senator Attacks Iceland as 'Baby Killers'

In a riposte to an Iceland-sponsored UN Human Rights Council resolution on the Philippines' crackdown on drugs, the country's highest-ranking lawmaker has slammed Iceland's abortion record, claiming that the Nordic nation has no moral grounds to lecture his country.

Philippines' Senate President Vicente Sotto has called to ignore a UN resolution to probe his country's war on drugs and investigate its chief backer Iceland for human rights abuse in allowing abortions.

“They have more unborn babies that they have aborted or killed. There are more killings in abortion than the drug pushers who are fighting the police”, Vicente Sotto said, as quoted by the ANC news channel.

According to Sotto, Iceland has “no moral grounds to lecture the Philippines on human rights”, which is why his country should “disregard” the Iceland-sponsored UN Human Rights Council (UNHRC) resolution to investigate thousands of deaths under President Rodrigo Duterte's anti-drug campaign.

“The criminals can fight back, the babies cannot. What human rights are they talking about?” Sotto wondered, adding that drug dealers that fight back and destroy families forfeit their human rights.

Sotto's comments follow fellow Senator Imee Marcos's suggestion that the Philippines should sever ties with Iceland. According to Marcos, the daughter of the late Philippine leader Ferdinand Marcos, cutting diplomatic relations with Iceland would “send a strong statement that other countries should not impose their values on [the Phlippines]".

“We are an independent country enforcing its own drug laws to eradicate its own war against the pernicious drug trade”, Marcos said, as quoted by the state-run PTV News. “How can these countries point a finger at the Philippines when many of them have legalised abortion and have ignored the right to life of unborn children?”.

President Duterte's spokesman warned countries not to meddle with the state's affairs.

“All incidents in the war on drugs are tallied, recorded. All they have to do is ask, not pre-judge”, Salvador Panelo said at a news conference, calling for respect for sovereign states.

Rodrigo Duterte himself stepped in by mocking Iceland as a “nation of ice-eaters” who has “no understanding of the country's problems”.

The Iceland-sponsored resolution calling for concrete actions over the Duterte government's crackdown on drugs was adopted by the UNHRC last Thursday.

The Philippines' drug war is estimated to have left at least 6,000 drug dealers and addicts dead in police operations between July 2016 and May 2019. However, human rights groups allege that the actual number of victims has been far higher, reaching as many as 27,000, citing vigilante-style killings and executions, which the Philippine government firmly rejects.

Iceland Strikes Back at Turkish Complains of Racism at Airport

Iceland Ceases to Gender Names in Move Slammed as 'Crazy'