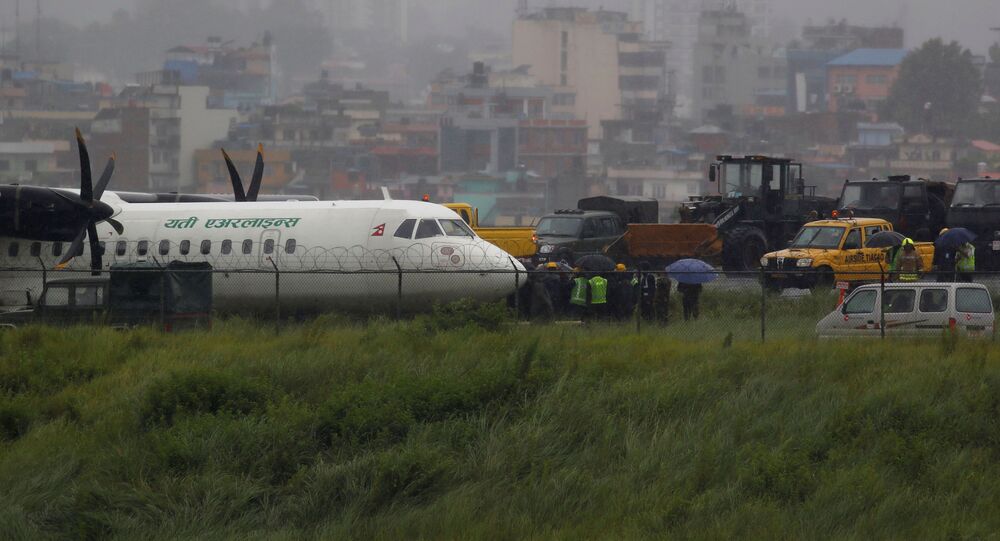 The Yeti Airlines ATR 72-500 airplane coming from Nepalgunj skidded off the runway at Nepal's Tribhuvan International Airport, the country's only international airport, according to The Himalayan Times.

According to officials two people were injured.

"Our teams are working to remove the plane and reopen the airport," the airport's general manager Raj Kumar Chettri, said as quoted by AFP.

​There has been continuous rainfall in the airport's area since 11 July, which could have been a factor in the incident.

We regret to inform you that Yeti Airlines Flight Number NYT-422 (9N-AMM) was involved in a runway excursion incident at KathmanduAirport at 11:05 Am today . All 66 passengers ( 64 adult and 2 infant) and 3 Flight Crew members onboard are safe and have been evacuated.

​In September last year, it took more than 10 hours for Nepalese authorities to remove an aircraft from the runway after a similar incident.