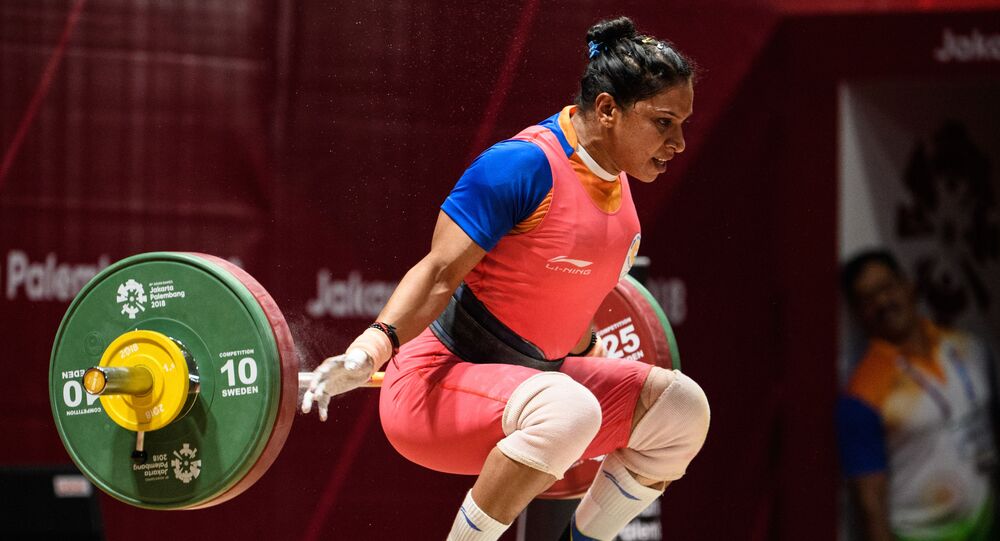 New Delhi (Sputnik): The news comes as Indian sports lovers were left crestfallen over their team’s loss in the semi-finals of the ICC Cricket World Cup on Wednesday.

A wave of cheer appears to have gripped the Twitterati in India over seeing their country’s weightlifters win seven gold medals on the second day of the Commonwealth Weightlifting Championship 2019 being held in Samoa.

Weightlifters Davinder Kaur and Rakhi Halder won one gold medal each in the senior women’s section. India also won five other gold medals in the junior and youth sections, which were held simultaneously with the senior category on Wednesday.

Indian Sports Minister Kiren Rijiju took to Twitter to greet the weightlifters, who have done the country proud while performing in Samoa, which is spread over 2,821 sq. km of land and 10 sq. km of water and located in Oceania.

​The Twitterati congratulated the girls, with some making a point by saying that while some are busy weeping over the loss in the Cricket World Cup, women are silently praising India.

​On Tuesday, the first day of the championship, India did exceptionally well and clinched 13 medals, including eight gold, three silver, and two bronze medals.

India added a total 20 medals to its trove on day two of the Commonwealth Weightlifting Championship.