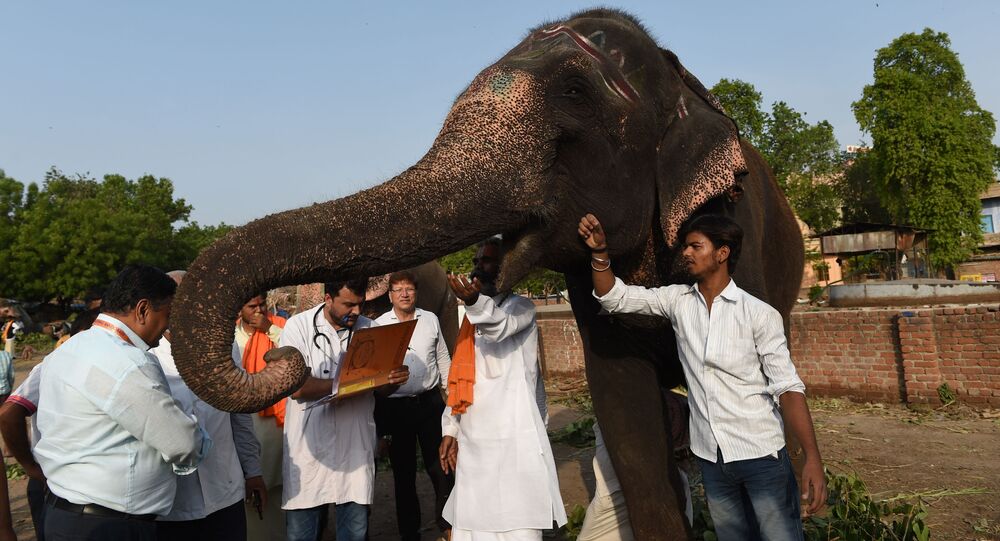 New Delhi (Sputnik) The first elephant rehabilitation centre in India will be built in the southern state of Kerala. The centre is being set up by developing an existing elephant sanctuary at Kottoor, near the state capital Thiruvananthapuram.

“The centre will have an elephant museum, a mahout training centre, speciality hospital, a retirement home and crematorium for the animals. It will also house orphaned, injured infant or older elephants,” Shaji Kumar, Wildlife Warden of Thiruvananthapuram said.

Kumar said, 50 elephant shelters will be constructed, with separate enclosures for baby and adult elephants. Each shelter will have an area of approximately 0.61 hectares of natural habitat. The rehabilitation centre is an upgraded version of an existing elephant sanctuary but has an area three times larger.

“The Centre will also include a mahout training centre- the first of its kind in India,” Shaji Kumar added.

The Rehabilitation Centre will give visitors a closer look at the animals, especially while they bathe and feed, said Kumar.

Elephants have been used in India for hundreds of years in wars and for religious festivals. Currently, their use is regulated as mandated by the Wildlife Protection Act and the Prevention of Animal Cruelty Act. It is also now illegal to capture wild elephants in India.