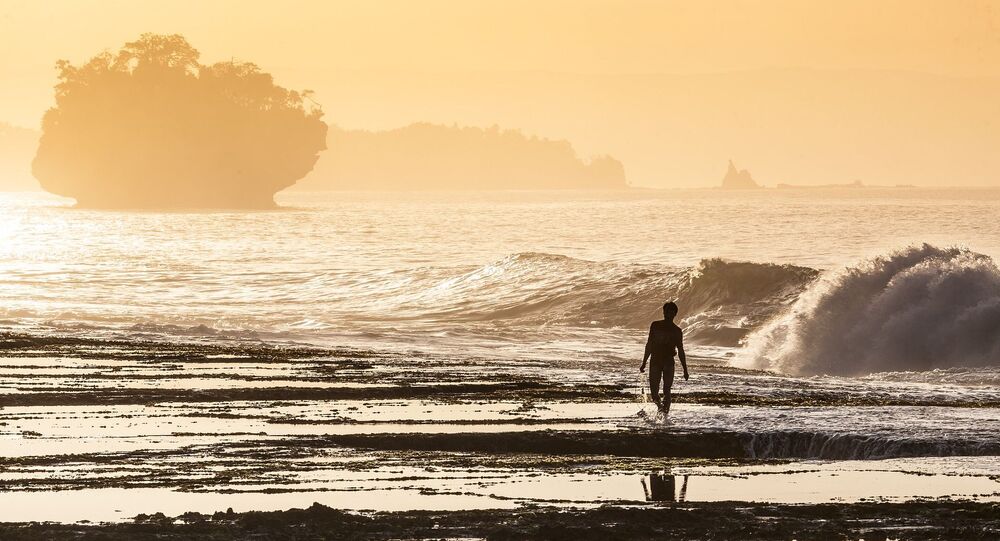 The island of Zalzala Koh emerged back in 2013 following a devastating tremor in the region, and has since drawn tourists like a magnet due to its specific landscape and astonishingly minute size.

A tiny earthquake island off Pakistan’s coast has finally, after six years of existence in the Indian Ocean, submerged under the sea.

A tiny island in #Pakistan birthed by an earthquake and a mud volcano has faded into the sea. https://t.co/uqxsfIH66z #NASA #Landsat #Gwadar pic.twitter.com/emtiwTr8l2

Spaceballz - The blog After a 7.7 magnitude #earthquake shook western Pakistan in September 2013, an oval-shaped island sprang up in a shallow bay near the port city of Gwadar. #NASA https://t.co/wSFEwaOQOn pic.twitter.com/2F7z3G0FUJ

The island, a tourist draw that spewed toxic and flammable gas from cracks in its surface, was formed as a result of the Balochistan earthquake series that rocked southwest Pakistan on 24 September 2013 killing at least 825 people in the sparsely populated region, with the shock waves felt throughout the region all the way to Delhi, India and Muscat, Oman.

NASA images reveal the sudden appearance of the 295-foot (90-metre) wide and 135-foot (40-metre) long mud island as well as its gradual demise, with the island’s landscape now fully beneath the water. The island which became known as an “earthquake one” appeared to be a conventional by-product of the deadly natural disaster and is a lasting reminder of the fact despite its submergence.

“The island is really just a big pile of mud from the seafloor that got pushed up”, said Bill Barnhart in 2013, a geologist at the US Geological Survey who studies earthquakes in Pakistan and Iran, continuing that for the formation to be complete “you need a shallow, buried layer of pressurised gas-methane, carbon dioxide, or something else- and fluids” that are typically ejected as a result of high tectonic activity.

More specifically, Zalzala Koh was formed from a host of debris and sediment caused from the submersion of the Arabian plate below the Eurasian plate.