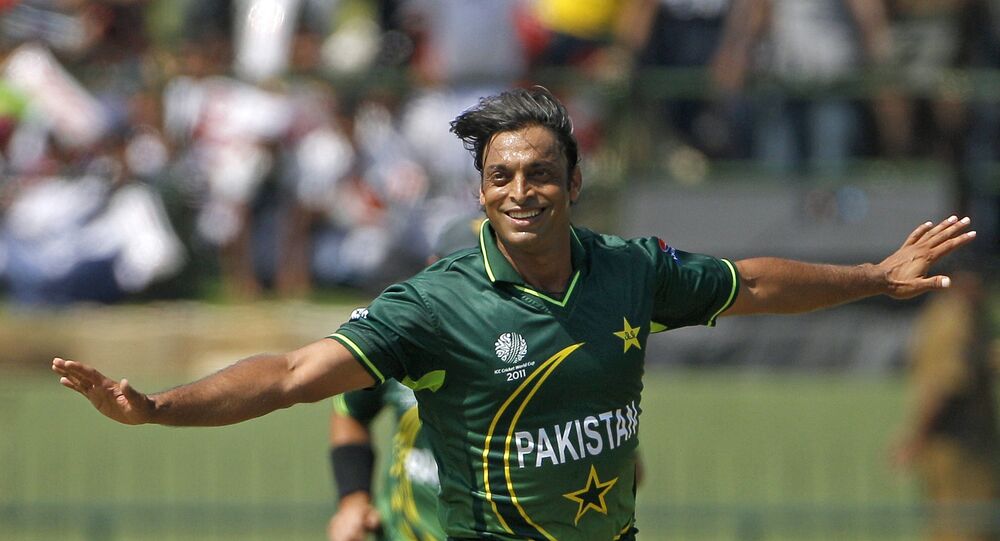 Indian cricket team, who have topped the tournament’s points tables and qualified for the semi-finals of the championship, are set to face New Zealand in the knock out encounter on 9 July.

"New Zealand can't take the pressure. I hope they don't choke this time. But I really want the World Cup to stay in the subcontinent and I think, I will back India all the way," Akhtar said on a video posted on his YouTube channel.

The former cricketer’s comments soon went viral on social media, with some Pakistani netizens appearing displeased that their country’s former player is rooting for India.

Many Pakistani cricket fans over last few days, have accused Team India of deliberately losing the match against England on 30th June, in order to knock Pakistan out of the tournament.

Its so sad to see my childhood hero @shoaib100mph, who was symbol of aggression and storm in cricketing world is now praising India day and night on his YouTube just for the sake of subscribers and views. Come On Buddy !

​Some Pakistani fans also accused the bowler who is arguably considered fastest ever in International Cricket history, of trying to get into the good books of Indians to get more Indian followers on his Youtube channel.

​However, the Indian Twitterati seemed visibly happy with the comments that came from across the border and thanked Akhtar for his well wishes.

Wsh Otha Celeb's were lke U!!!

He has a huge fan following in India.

Shoaib Akhtar Backs India to Win World Cup 2019...
This is something we Indians must learn to appreciate, inspite of our difference with Pakistan.
Verbal diarrhoea must stop, if we are to be friends again. #SohaibAkhtar, you are an inspiration and a light towards a change.

Akhtar’s YouTube channel, where he posts his cricket match analysis in his unique style, has become a source of amusement for many over the course of the Cricket World Cup.

Earlier, Akhtar faced backlash from fans back home, courtesy of his regular appearances on Indian cricket shows where he could be seen showering praise on Indian cricketers, while at times making fun of the players back home. Fans had earlier accused Akhtar of being a “sellout” trying to cash in on the big-money cricket market that India has.

The tussle between the cricket fans of India and Pakistan was intensely built up this World Cup, due to the prevailing tensions between the two countries of late. Since 2016, India has refused any initiative for bilateral talks, contending that cross-border terror has to stop before talks can begin.

Relations between the two South Asian countries touched a new low this year in February, when 40 Indian soldiers were killed in a terrorist attack in Jammu and Kashmir state, leading to the Indian Air Force launching an air strike on 26 February in retaliation.

The two nuclear-armed countries reached a near war-like state when Pakistan reportedly retaliated on the following day, bringing down an Indian fighter jet.