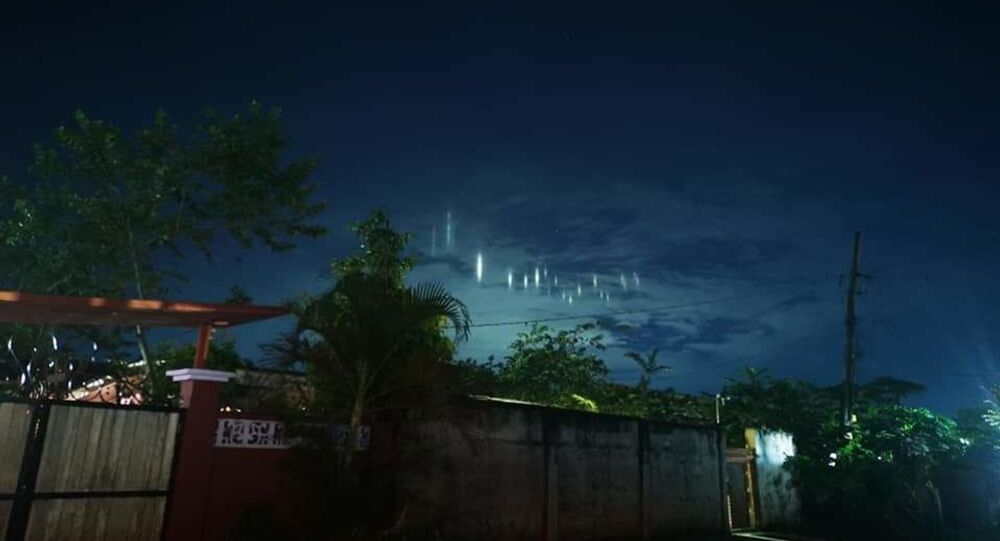 Local netizens have shared spectacular views of an enigmatic natural phenomenon. According to local media reports, mesmerizing lights appeared for the second time in the southern Philippine province of Sulu this year.

In particular, the last celestial show was reportedly seen on 30 June 2019. The GMA News Online media outlet reported that local residents had witnessed the mysterious lights several times over the past year.

Something pretty cool happened in the Philippines. I want to include it right here. An optical phenomena was sighted in Sulu last week. Vertical beams of light had shown up in the night sky and ignited some curious minds. So what the hell are these? Did ET finally phone home? pic.twitter.com/zhDUgqskqd

Locals reportedly dub the phenomena 'Lansuk-Lansuk' (candles). According to Sulu beliefs, the lights could herald an ominous event or it's opposite - bring good luck to those who see them.

Have you seen the pillars of light in Sulu?

According to GMA News Online, the last sky show lasted less than half an hour.

According to a common scientific explanation, light pillars are not a rare atmospheric event. The phenomenon usually happens when high-altitude ice particles are present in Earth's atmosphere. These tiny icy crystals reflect the light of the sun or moon. Occasionally, artificial lightning from a city will cause the beautiful phenomenon.