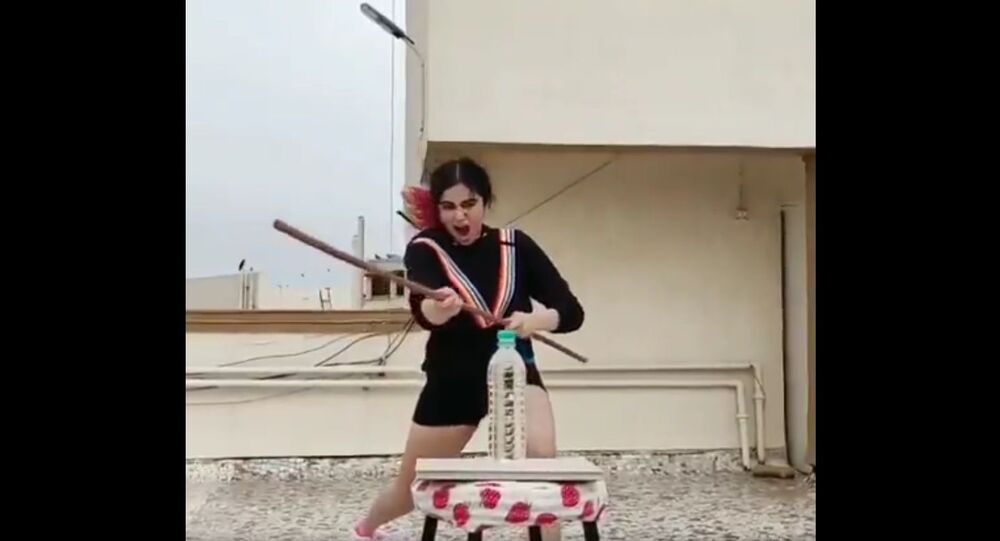 The stunt requires challenge takers to unscrew a cap from a bottle with their foot, while simultaneously attempting a back kick without breaking the bottle.

It was taken up by many Indian celebrities who flooded social media with their own uniquely personal ways to attempt the Bottle Cap Challenge.

Actor Rietesh Deskhmukh shared an athletic video of superstar Akshay Kumar with #BottleCapChallenge, claiming in a lighter vein that it was actually him instead of Akshay doing the stunt.

​The other action heroes of Bollywood also didn’t want to be left behind. Known by fans for their athletic physiques and superlative martial arts skills, B-Town hunks Tiger Shroff and Vidyut Jamwal shared their own version of the "coveted" challenge.

​While some showed their athleticism other celebrities chose to see the funny side of the challenge.

​Popular comedian Bhuvan Bam had his own way to react to it.

​The challenge originated on 25 June after being started by Taekwondo instructor and fighter Farabi Davletchin and has managed to make its mark around the world, India is no exception- with its netizens flooding social media with their own unique ways of going about the challenge.