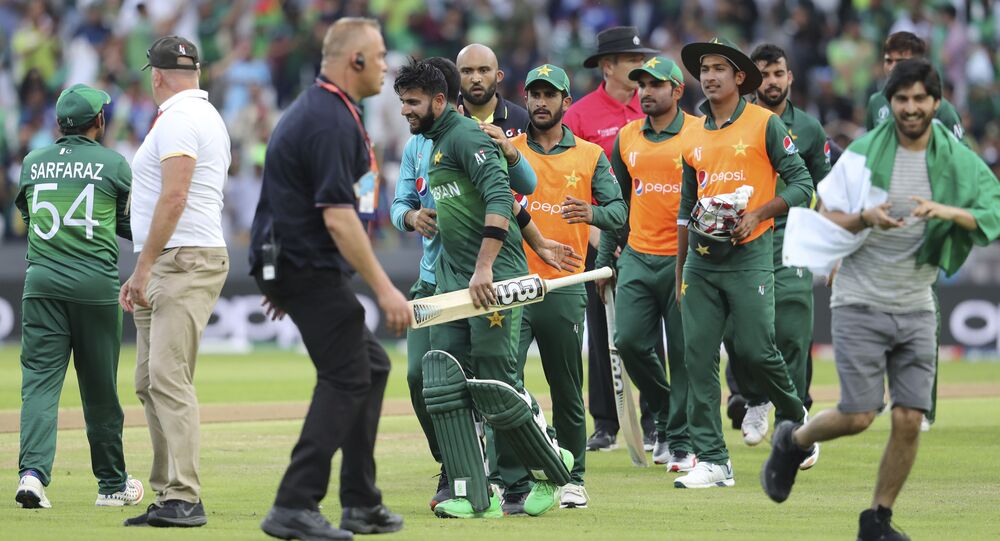 New Delhi (Sputnik): As the Pakistani cricket team took on Bangladesh on Friday in its last league match of the ICC Cricket World Cup 2019 in England, netizens trolled Pakistan, saying that they now need a miracle to make it to the semi-finals of the ongoing tournament.

Pakistan, who won the toss and elected to bat first, need to beat Bangladesh by at least 311 runs in the game to improve on their current net run-rate (NRR) to qualify for the semi-finals. Presently, Pakistan is in fifth place with a NRR of -0.792, in comparison to New Zealand which is placed at 4th position on the points table with a NRR of +0.175.

While the target for the mammoth win looked improbable right from the start, Pakistan getting off to a modest start with their batting didn't help the matter.

Netizens though decided to have their own share of fun during the enthusiastically watched encounter, and #PAKvBAN was soon trending with more than 63,000 tweets.

Twitterians posted memes to mock how the Pakistani batsmen failed to live up to expectations.

Me cutting the tree where #PAKvBAN match going on. pic.twitter.com/HtwR2f0pxN

Miracles do happen., 🤣🤣🤣
But there is no tree around the ground in lords and if this happens it is considered as a "CHAKKA" 🤣🤣🤣

On 16 June, the Pakistan cricket team faced heavy trolling after losing to arch rivals India, who have now qualified for the semi-finals of the World Cup, which is being held in England.