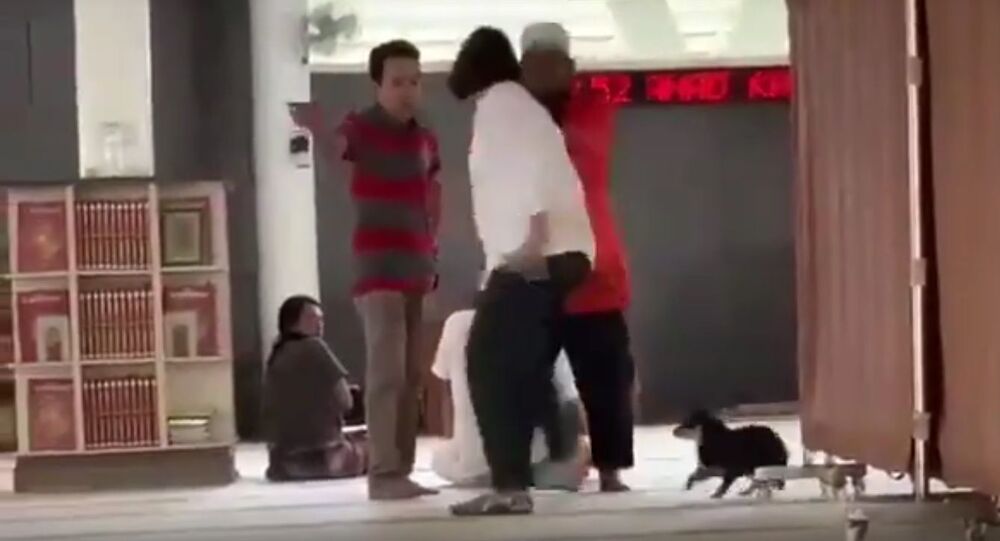 Muslim religious groups have picked up on a video released online sporting a Catholic woman sorting things out with congregation members as she entered the building with a dog, with the people around reportedly asking her to leave the place.

An Indonesian woman who, according to a medical statement, might need to be treated for a psychiatric disease, has been deemed a suspect in a blasphemy court case after she was caught taking a dog into a mosque, Bogor police chief Andi Mochammad Dicky Pastika was cited by SCMP as saying.

As of Wednesday, the suspect is being kept at a police hospital, while the hospital head, Musyafak, noted that physicians’ council are recommending her transfer to a psychiatric facility.

On Sunday, a video of a woman wearing shoes walking with a dog into a mosque in #Sentul, West Java, went viral on social media. Congregation members immediately asked her to leave the mosque. Many Muslims consider dogs to be impure, particularly their saliva.

The incident that happened in the West Java district of Bogor was captured on camera, with the now locally viral video, which is one of pieces of evidence that will reportedly be presented in court, showing a dog making the rounds around the mosque premises.

The Muslim worshippers appeared to be shocked as they engage in polemics with the apparently distressed woman, because Islam considers dogs to be impure animals that are not allowed into sacred places. The congregation reportedly asked the dog owner to leave the place and chase out her pet.

The video shows the woman say she is Catholic and claim that her husband is due to be married in the mosque hours later, whereas all the rest appear to be unaware of any wedding arrangements.

Religious leaders quickly weighed in arguing that letting dogs into a Muslim place of worship threatens religious harmony in the predominantly Muslim country.

“That makes absolutely no sense if it is done by a sane person in a Muslim-majority nation”, Yunahar Ilyas, the deputy chairman of the Indonesian Ulema Council, told reporters, advising firmly:

The said dog, which was chased out of the building following the verbal exchange, died on Tuesday when it was hit by a car as members of an animal welfare group tried to capture it, one of the group’s members posted on Facebook.