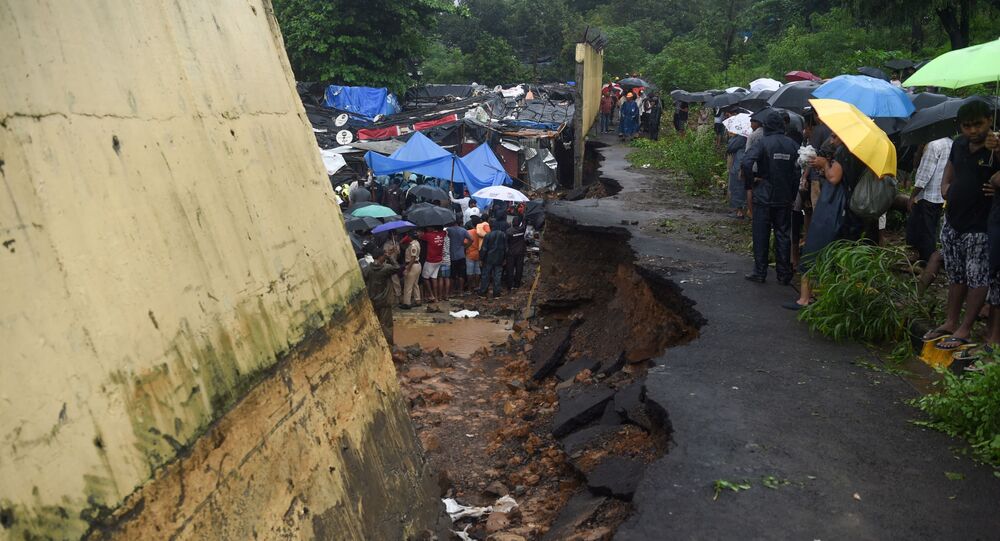 New Delhi (Sputnik): Heavy rain in the western Indian state of Maharashtra has continued wreak havoc in the country. On Wednesday at least 30 people are feared dead after a dam breach in the Konkan region about 300 km from Mumbai.

Officials said that a dam in Maharashtra's coastal Konkan region breached following incessant rain and in the tragedy dozens of houses in the downstream areas had washed away.
Tiware dam in coastal Ratnagiri district developed a breach late Tuesday night after heavy rain. District officials said that they had recovered six bodies from nearby areas by 9:30 a.m. local time while villagers claimed that at least 23 people are still missing. Search operations are underway, the official said.

​On Wednesday, authorities also warned and put on high alert people in at least ten surrounding villages. The India Meteorological Department (IMD) has predicted "intermittent rain with isolated heavy showers" in the Mumbai and coastal region on Wednesday as well.

On Tuesday, over 29 people were killed in three separate wall collapse incidents in Mumbai.

Over 200 flights, meanwhile, have been cancelled or diverted from Mumbai Airport because only one runway is working after a Spicejet plane overshot the runway on Tuesday. Departures have been delayed by an average of 30 minutes.