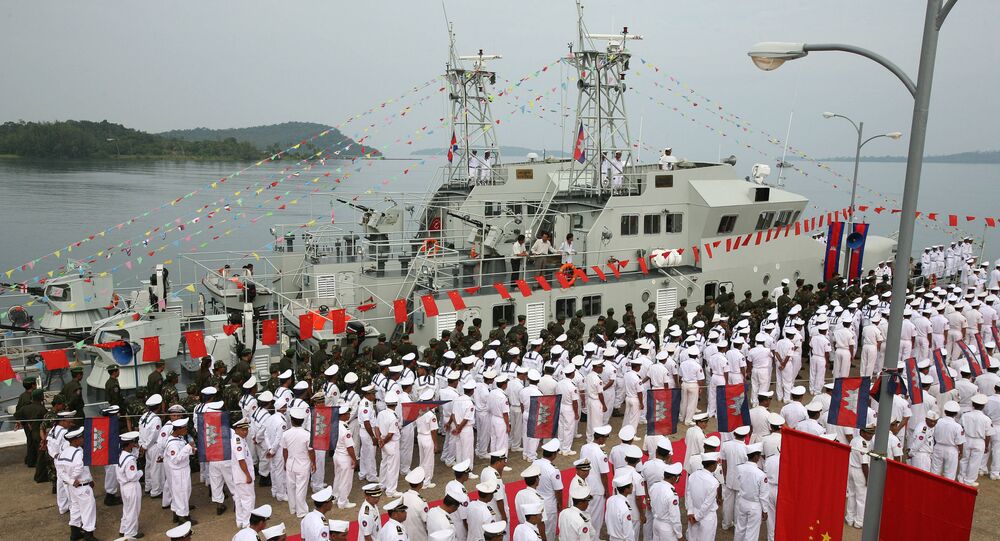 Relations between Cambodia and the United States hit a low point in August 2017 after Phnom Penh accused Washington of interfering in the country’s domestic affairs.

The US Defence Department has sent a letter to the Cambodian Defence Minister Tea Banh in a bid to find out why Phnom Penh declined an offer to repair Ream Naval Base, Reuters reported.

“The notification letter of 6 June 2019 has been seen throughout the US government and is fuelling speculation that this sudden change of policy could indicate plans for changes at Ream Naval Base, particularly ones that involve hosting Chinese military assets”, the letter from Joseph Felter, US Deputy Assistant Secretary of Defence for South and Southeast Asia, read.

According to the media outlet, the US Defence Department and Army Attaché in Phnom Penh, Michael Stelzig, confirmed that the letter had been delivered on 24 June.

A spokesman for Cambodia’s Defence Ministry, meanwhile, said that the US funds had not been turned down; Phnom Penh rather wanted it spent elsewhere.

“At Ream, perhaps, there will be some changes in the future”, spokesman Chhum Socheat was cited as saying.

While he refused to go into detail, he stressed that “Chinese military assets” would not be involved in those changes.

This is not the first time that Cambodia has dismissed rumours that China wants to build a naval base there. In January 2019, the country’s Prime Minister, Hun Sen, said that the speculation that China sought to set up a base in the Koh Kong Province in the Gulf of Thailand was “fake news”.

He also pointed out that Cambodia’s Constitution “does not allow any country to set up military bases” in the country.

At the time, local media widely speculated that a Chinese naval facility in Cambodia would potentially give Beijing access to a new flank in the South China Sea, where China has been locked in a continued row with the US over freedom of navigation issues.

China, which is currently in control of the vast majority of islands, reefs and shoals in the area that are also claimed by the Philippines, Taiwan, Vietnam, and Malaysia, has repeatedly accused the US of provocations in the South China Sea and warned Washington against sending vessels and military aircraft close to the islands claimed by Beijing.

It has consistently demanded that the US “stop actions that undermine China’s sovereignty and security interests”, while Washington has claimed that it is conducting freedom of navigation operations.

American officials have as well expressed dismay at China’s construction of industrial outposts and military facilities on artificial islands in the South China Sea, while Beijing has insisted that it has the sovereign right to send troops to any part of its territory.