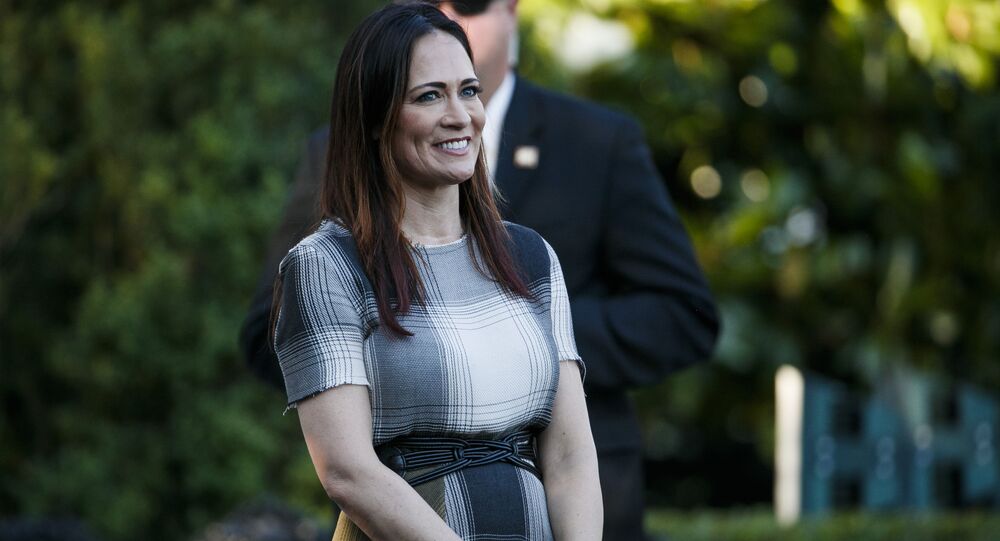 Earlier in the day, US President Donald Trump made history when he became the first sitting US president to set foot on North Korean soil.

The day, however, wasn't as lucky for White House Press Secretary Stephanie Grisham, who was reportedly injured in a scuffle with North Korean officials as the two countries' press pools hastened to occupy the meeting room prepared for Donald Trump and Kim Jong-un.

A source told the news agency CNN that Grisham got into "an all-out brawl" with some North Koreans, adding that she was a little bit bruised.

The spokeswoman was later seen directing reporters outside the building where the Kim-Trump meeting was being held.

Earlier on Sunday, US President Donald Trump and North Korea's Chairman Kim Jong-un met in the Demilitarized Zone (DMZ) and shook hands, reviving hopes for an improvement in ties between the two countries.

The improvised meeting at the DMZ comes half a year after the latest talks between Washington and Pyongyang faltered in February 2019 when North Korea demanded the full release from sanctions by the US. At that time, Trump said that he would be glad to see all the sanctions lifted, but noted it was simply impossible.