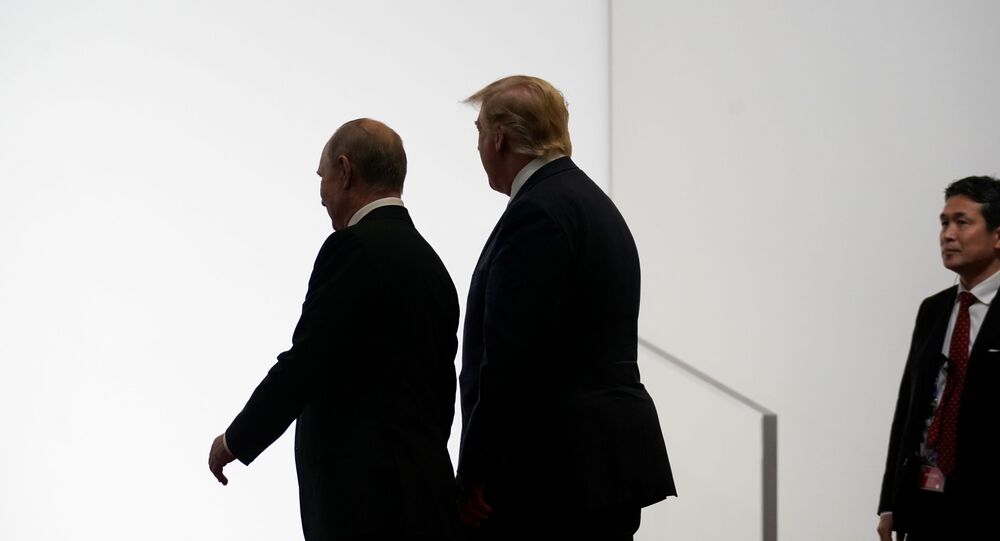 Live Updates: Putin Holds Talks With Trump, UK PM May on Day One of G20 Summit in Osaka

The G20, or Group of Twenty, is a summit among the 19 nations which have the world’s largest economies and the EU; together they represent more than 80 percent of the world's economic power. Its primary goal is to promote international financial stability. This year, Japan is hosting the two-day meeting at Osaka’s International Exhibition Centre.

Russian President Vladimir Putin has met with his US counterpart Donald Trump for talks as the G20 summit enters its first day in Osaka, Japan on Friday. The two presidents are expected to discuss Iran, Ukraine, Syria, arms control and other international and bilateral matters.

Previously, the two presidents met on several occasions, with their first private meeting taking place on the sidelines of the G20 summit in Hamburg. The first full-fledged meeting between the two presidents was held in Helsinki, Finland on 16 July 2018.