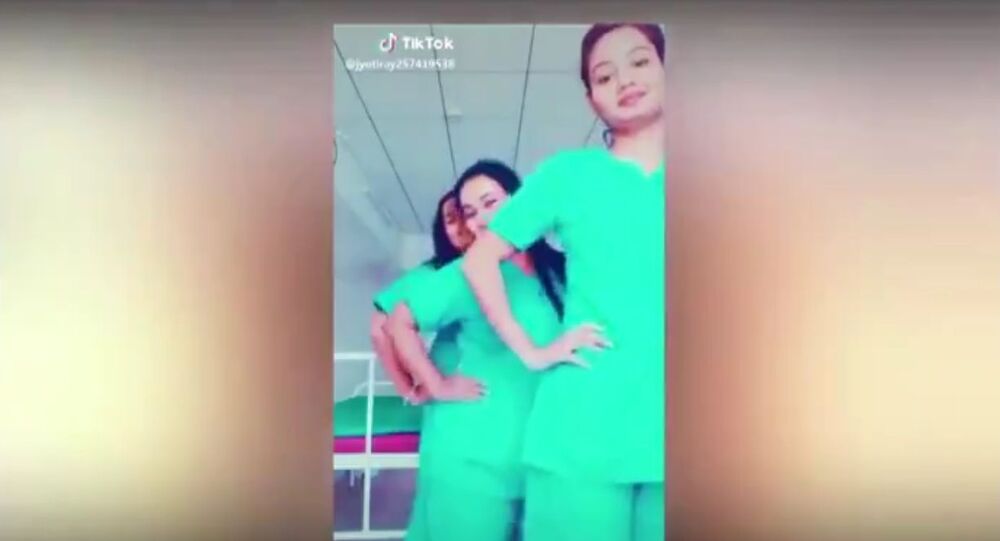 Indian nurses in Odisha state created a huge uproar by shooting TikTok dancing videos in an intensive infant care unit of a district hospital. The state health minister assured that necessary action will be taken after the video went viral.

New Delhi (Sputnik) - TikTok videos of Indian nurses inside a Sick and New Born Care Unit (SNCU) of a hospital has sparked a row and prompted a wave of reactions from people on the social media.

In what is being called by many a serious issue of negligence, the nurses in the Indian state of Odisha’s Malkangiri's district hospital can be seen dancing to songs and lip-syncing.

​As the video went viral on social media platforms, the concerned authorities on Thursday took cognisance of the matter and launched a probe. The local chief district medical officer (CDMO) said appropriate action would be takne.

Many twitterians were outraged, in particular, as the SNCU had been especially set up at the hospital for the treatment of critically ill new born children due to the recorded high rate of infant mortality in the region. Data available from the Odisha State Health Department states that a record 12,000 infants died in the state in 2016-17.

​Some users also sympathised with the nurses facing suspension, arguing that it was an honest mistake and suggesting that the nurses were only having a bit of fun.

​Odisha Health Minister Nabakishore Das on Thursday assured the matter would be investigated and appropriate action would be taken as per the law.

​TikTok, an iOS and Android media app allowing users to create and share short videos, is widely popular in India and its videos often go viral on social media. Some lucky TikTok users shot to fame and even managed to bag contracts with labels, such as T-Series.