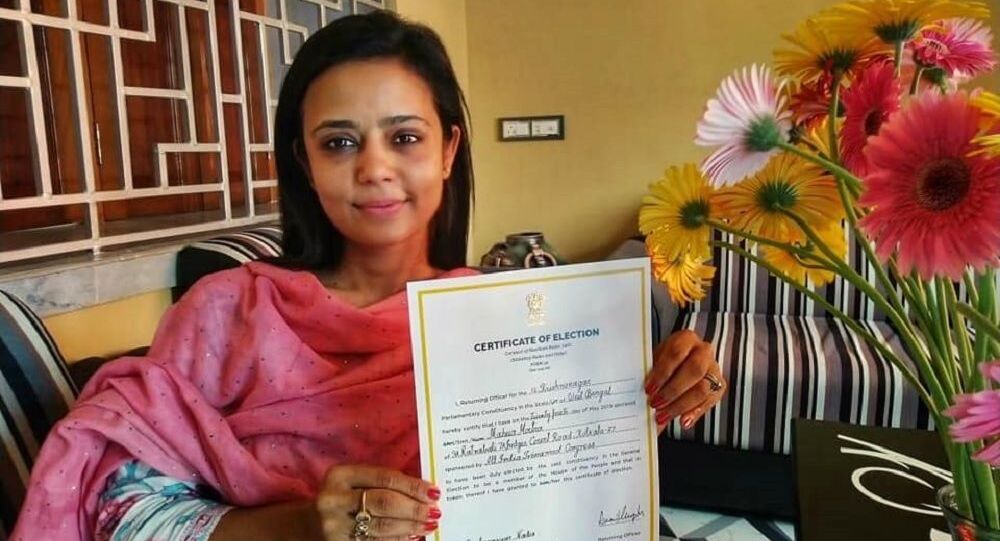 New Delhi (Sputnik): The speech of the first-time lawmaker from West Bengal state, who is taking Indian Prime Minister Narendra Modi by the proverbial horn, was heard by all of the opposition members with rapt attention while the ruling lawmakers tried shouting her down.

She is glamorous, urbane, and sophisticated. Mahua Moitra, from the young brigade of lawmakers in the Indian Parliament’s lower house and elected in the parliamentary polls from the Indian state of West Bengal, is combative too.

Moitra represents Trinamool Congress, a regional political party floated by another fiery woman, leader Mamata Banerjee, who broke away from Indian National Congress, which is now in the opposition.

On Wednesday, she alleged Prime Minister Narendra Modi is showing signs of fascism. Her speech went viral in the media across all platforms.

A section of netizens hailed her speech, saying this club needs to expand.

Very remarkable and impressive maiden speech given by TMC MP #MAHUAMOITRA
We need more of her kind to hit back in a vehement manner at majority. pic.twitter.com/qUtHEDeVDl

Two Bongs #MahuaMoitra and #AdhirRanjanChowdhury are making the Sanghis hop around like demented chickens.This club needs to expand. Who from the LS will give them company?
https://t.co/CWGNOidmAC

While some said she is like a star born in the Lok Sabha, others said India needs more of her kind.

Just amazing! Like a star in born in the Lok Sabha. 👏🏻

Eloquence and courage in the face of fascism is a revolutionary act. Well spoken #MahuaMoitra https://t.co/gp25hLDYPn

However, another section of netizens differed to her view about Modi.

#MahuaMoitra was referring to everything that her own political boss is doing in West bengal .So this list of signs need to be shown to Mamata first.

Kindly don’t insult the people’s mandate by terming it as Fascism etc.

The West Bengal is being divided on religious lines more than ever since independence! It would be great if #MahuaMoitra asks the TMC leadership in West Bengal to abide by things she said in parliament today and lead by example. https://t.co/wcnqj1CqaF

In her speech, Moitra said, “The very nature of overwhelmingness of this mandate makes it necessary for the voices of dissent to be heard,” referring to the landslide victory of the ruling Bharatiya Janata Party (BJP) in the recent elections to Lok Sabha, the lower house of Indian Parliament.

The scale of BJP’s victory had taken opposition parties by surprise and even demolished political analysts expecting a closer race.

Prime Minister Modi’s BJP won 303 seats in a house of 543-members, decimating opposition parties. Moitra’s Trinamool Congress has a strength of 22 lawmakers out of a total of 42 seats from eastern West Bengal.

In the present Lok Sabha, about 53% members are below the age of 55, while over 70% are educationally qualified.

How Did Narendra Modi Win with Such a Large Majority?