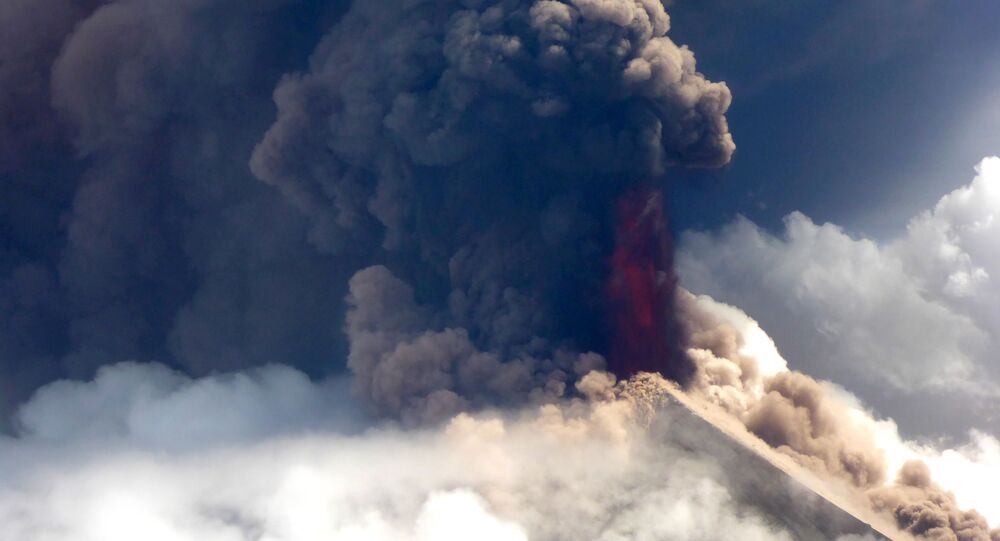 MOSCOW (Sputnik) - Ulawun, one of the most active volcanoes in Papua New Guinea, erupted on the island of New Britain on Wednesday, ejecting ash up to 13 kilometres (8 miles) into the air and forcing some local residents to flee from their villages, local media reported.

The volcano, which is located in the northeastern part of the island, had been increasingly active before eventually erupting on Wednesday morning, a Radio New Zealand broadcaster reported, citing Steve Saunders, a volcanologist from the local Rabaul Volcano Observatory.

According to the scientist, the volcano continued to erupt into the evening, the broadcaster reported.

​"It's still early days [as] to what it's going to do [next]", Saunders said, as quoted by the broadcaster, adding that the eruption could either subside or further intensify over the next few hours.

​Local authorities, meanwhile, have started evacuating residents, but many local villages had already started fleeing the area near the volcano on their own, the broadcaster added.

"Around 3,000 plus were gathered at the Church hall", a local resident, who has been helping people to take shelter in the church, said as quoted by the broadcaster.

There has been no official confirmation of these figures by the authorities, the broadcaster added.