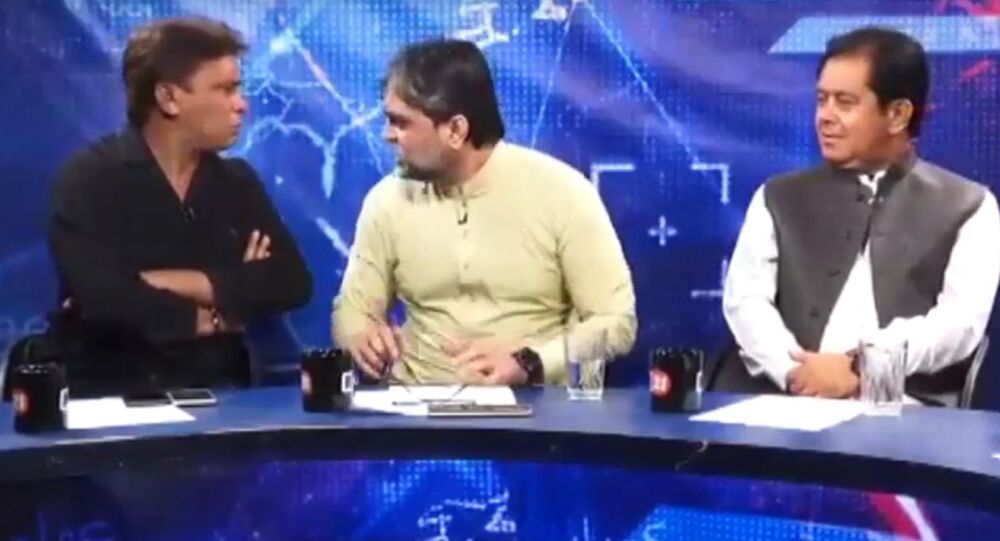 The video from a live TV debate shows an official from Prime Minister Imran Khan’s PTI party physically attacking a senior journalist, the president of the Karachi Press Club. Netizens reacted with hilarity to the “wrestling match” which took place during the news debate.

New Delhi (Sputnik):  A video showcasing a Pakistani politician resorting to fist-fighting a journalist during a live TV debate is gaining in popularity and leaving twitterati amused.

​The video was initially shared by a freelance Pakistani journalist with the caption “Is this Naya Pakistan (PM Imran Khan’s slogan of ‘New Pakistan’)?”

Throughout the video clip, both Siyal and Khan can be seen screaming and using the choicest of expletives in Urdu and Punjabi.

However, towards the end of the video all the panelists calm down and return to the news debate with a crew member heard shouting in Urdu “Now bring new microphones for them!”

The moment it was put on social media , the video went viral, evoking hilarious comments from the twitterati.

Some users even sought to take cudgels by asking by the way who finally won the “wrestling match”?

​Meanwhile, others were amused to see how the panelists suddenly calmed their nerves and were able to return to the debating table within no time.

Prime Minister Imran Khan’s party PTI had recently also drawn much laughter on social media after a regular local government press event in the Pakistani province of Khyber Pakhtunkhwa was telecasted on their official Facebook page with a “cat filter” on.