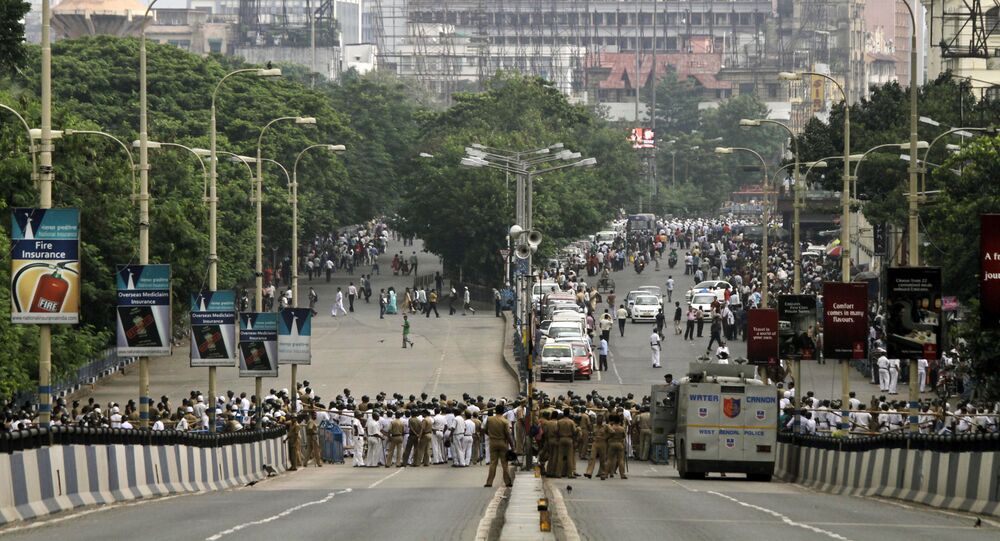 New Delhi (Sputnik): Syed Shahnawaz Hussain, a leading Muslim face of India's ruling Bharatiya Janata Party (BJP), has called the 2018 Report on International Religious Freedom published by the US Department of State "absolute rubbish" and suggested that it should be "thrown into the dustbin".

Mincing no words, Shahnawaz Hussain, a former Indian cabinet minister, has rebuked the US report on religious freedom as a "deliberate ploy by US agencies to defame India."

"The US should look into itself first on how its minorities are treated before making such absurd claims about India," Hussain said on Tuesday about the US report, which was released on 21 June.

The 2018 Report on International Religious Freedom, released last week, alleges that in India "there were reports of religiously-motivated killings, assaults, riots, discrimination, vandalism, and actions restricting the right of individuals to practice their religious beliefs and proselytise".

The report cited the publications of non-governmental organisations (NGOs) which said that the government "sometimes failed" to respond adequately to mob attacks on religious minorities, marginalised communities, and critics of the government.

Underlining that India is home to one of the largest Muslim populations in the world (about 200 million), the BJP leader said: "Muslims are more safe in India than in the US or most European countries. In fact, Muslims are even safer here than in many Muslim countries, such as Iran, Iraq, Syria and so on."

The Indian government had on Sunday firmly rejected the 2018 Report on International Religious Freedom, saying the world's largest democracy's "commitment to tolerance and inclusion" was "longstanding".

On 23 June, in response to the US report on religious freedom, India's External Affairs Ministry issued a statement saying "India is proud of its secular credentials, its status as the largest democracy and a pluralistic society with a longstanding commitment to tolerance and inclusion".

Pointing out that Indian Constitution guarantees fundamental rights to all its citizens, including its minority communities, the External Affairs Ministry’s spokesperson Raveesh Kumar said "It is widely acknowledged that India is a vibrant democracy where the Constitution provides for the protection of religious freedom, and where democratic governance and rule of law further promote and protect fundamental rights."

The BJP, on 22 June, had reacted on the US report by deriding it as "biased" against the Modi government. "The basic presumption in this report that there is some grand design behind anti-minority violence is simply false".

On the contrary, in most of such cases, these instances are carried out “as a result of local disputes and by criminal mindsets”. Whenever needed, “PM Modi and other BJP leaders have strongly deplored violence against minorities and weaker sections of the society”, the BJP said in a communique.