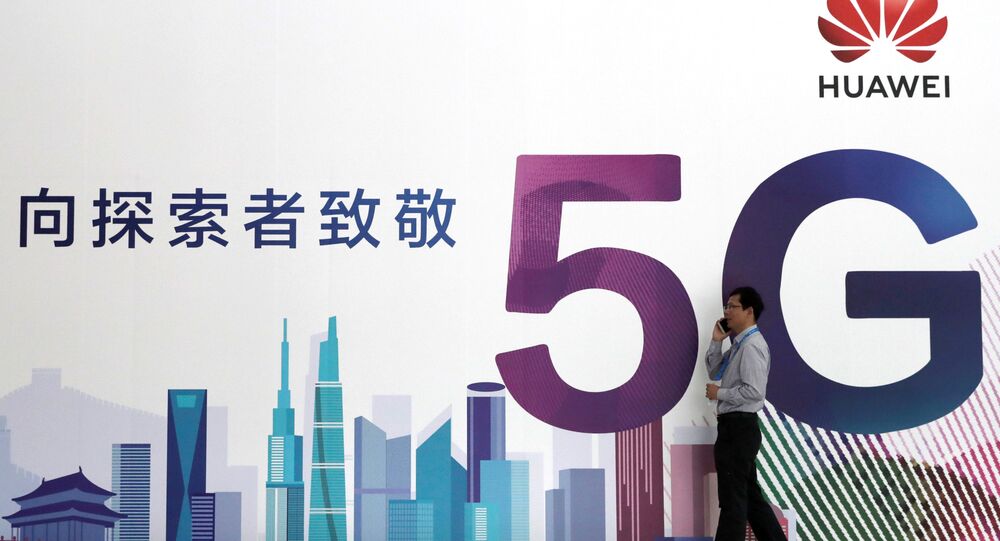 New Delhi earlier expressed security concerns regarding Huawei's participation in constructing 5G networks in India. The country's government promised that it will take both economic and security interests into consideration, when it makes a decision on the matter.

In a statement for the PTI news agency, China’s Huawei has called on the Indian government to make an "informed" and "independent" decision on whether to allow it to participate in trials for the country's 5G networks, which are scheduled to start in about three months.

"The Indian Government or any other country must take an independent view to protect its own networks and data through its own standards, test mechanisms and policies. […]We are confident that the Indian Government will make an informed decision on 5G, one that provides a level-playing field to all vendors", the statement said.

The Chinese tech giant further noted that cyber security concerns must be addressed using "evidence and fact-based approach" and not via "banning out of fear". The company stressed that it had successfully operated in India for around 20 years and was invited by its Department of Telecom to participate in 5G trials in the first place, noting that all recent feedback from the government to Huawei has been "positive".

Huawei's posture was earlier supported by Beijing, who called on New Delhi to make its decision without looking at the US crackdown campaign against the Chinese tech giant and to provide "unbiased and non-discriminatory" practices for it and other companies. The US has repeatedly accused Huawei of installing backdoors on its products to allegedly help Beijing's espionage efforts, something that both the company and the Chinese government vehemently deny. Using the accusations as a pretext, Washington barred all of the Chinese tech giant’s equipment from the country and banned US firms from selling it technologies and software. Huawei is currently challenging the White House's decision in court.