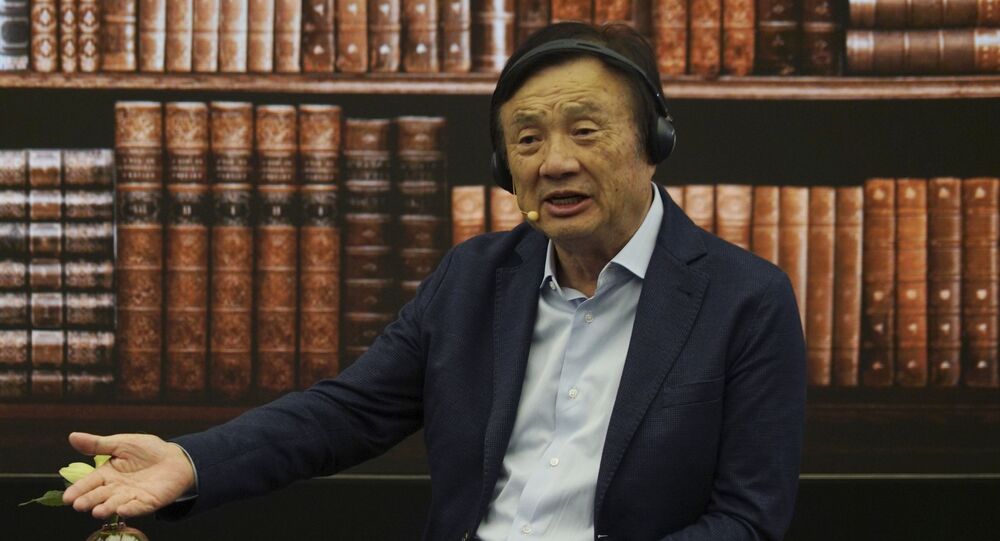 MOSCOW (Sputnik) - Ren Zhengfei, CEO and founder of Chinese telecommunications company Huawei, said in an interview with CNBC that he did not expect to see any impact of US sanctions on company revenue, insisting that the projected decline in profits would be a "very small thing" for the tech giant.

"I don’t see that problem, because in the Chinese market, the consumer business has not seen a decline. It’s just that there might be declines overseas. In the worst case, 40 percent, but now it’s less than 20 percent. And that kind of decline is also changing. As I look at the declines in the consumer business, that would be about 10 percent roughly, so it’s not that big [...] And we don’t know what will be the growth by the end of the year. But we believe the US$30 billion will be a very small thing", Ren said in an interview aired Wednesday.

The Huawei chief reiterated that there might be a slowdown in company operations, but no previous decline had been noted until his most recent report.

CNBC noted that Ren argued the company’s revenue in 2019 will still exceed $100 billion, which is roughly the same as last year’s revenue.

On Monday, Ren said that US sanctions would force Huawei to reduce its production capacities, which would result in the tech giant's revenues dropping by approximately $30 billion over the next two years.

According the tech giant’s website, company's revenue last year amounted to 721.2 billion yuan (over $104 billion) and was 19.5 percent lower than the 2017 revenue.

Ren also told CNBC that the banks, involved in the US case against Huawei, "have full knowledge of all those business activities", referring to the US allegations against Ren’s daughter Meng Wanzhou.

Wanzhou was detained late last year in Canada at the US order on suspicions of bank and wire fraud. The United States reportedly suspects that the Chinese company had convinced several banks into providing services to its subsidiary allegedly linked to Iran in violation of US sanctions against the Middle Eastern country. Both Beijing and Huawei have denied the claims and decried the detention of Meng.

The arrest of Meng sparked a row between China and Canada. Beijing called on Ottawa to release the Huawei CFO, arguing that the case against her was politically motivated. Moreover, the Chinese authorities detained two Canadian nationals, prompting criticism from Canada.

"My daughter was in a cafe and said something to the bank officials […] We have to talk to the person who had the coffee with Meng", Ren stressed. Huawei CEO added that the "case will be very clear" if facts in the probe had been made public and used in the trial.

As a result, Google partially suspended business operations with Huawei, specifically transfers of its hardware, software and technical services, except those publicly available via open source licensing, to the company. A number of Japanese and UK phone companies also suspended launches of new Huawei products.

The US move followed months of allegations that Huawei allegedly sharing intelligence with the Chinese government as part of longstanding policy. The telecommunications company vehemently denied the claims, but the US and several other countries banned the firm's products and services from public procurement.