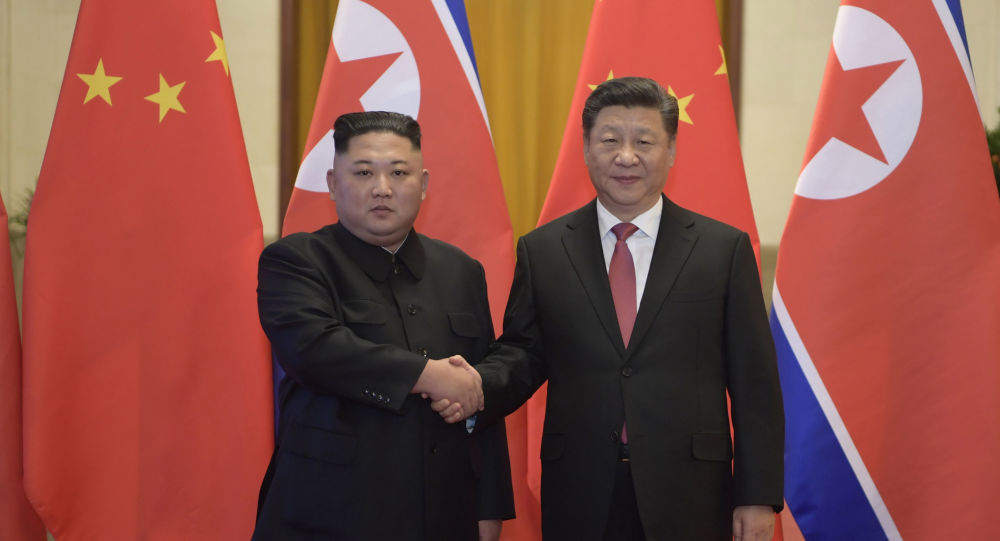 BEIJING (Sputnik) - Chinese President Xi Jinping will meet with North Korean leader Kim Jong Un during his upcoming state visit to Pyongyang to discuss the bilateral relations as well as the situation on the Korean peninsula.

"During the visit, Chairman of the People's Republic of China Xi Jinping will hold talks with North Korean leader Kim Jong Un. The two leaders will review the bilateral relationship over the past 70 years, exchange opinions on the bilateral ties in the new era and identify key directions of their development. The sides will also discuss the situation on the Korean Peninsula and the progress of the political settlement", International Liaison Department Head of the Communist Party of China Central Committee Song Tao said at a press conference on Tuesday.

Xi’s visit to North Korea is scheduled to take place from June 20-21.

This will be the first visit by a Chinese top official to North Korea in 14 years, he added, saying that the trip is timed to the 70th anniversary of the establishment of diplomatic relations between China and North Korea.

The visit comes as the peninsula settlement process has reached a deadlock after the Hanoi summit between Kim and US President Donald Trump. While Washington demands that Pyongyang completely dismantle nuclear facilities in the country in order to get sanctions relief, North Korea wants part of restrictions to be lifted before denuclearization begins.

Reports About Secret Xi-Kim Accord Explained by Analysts