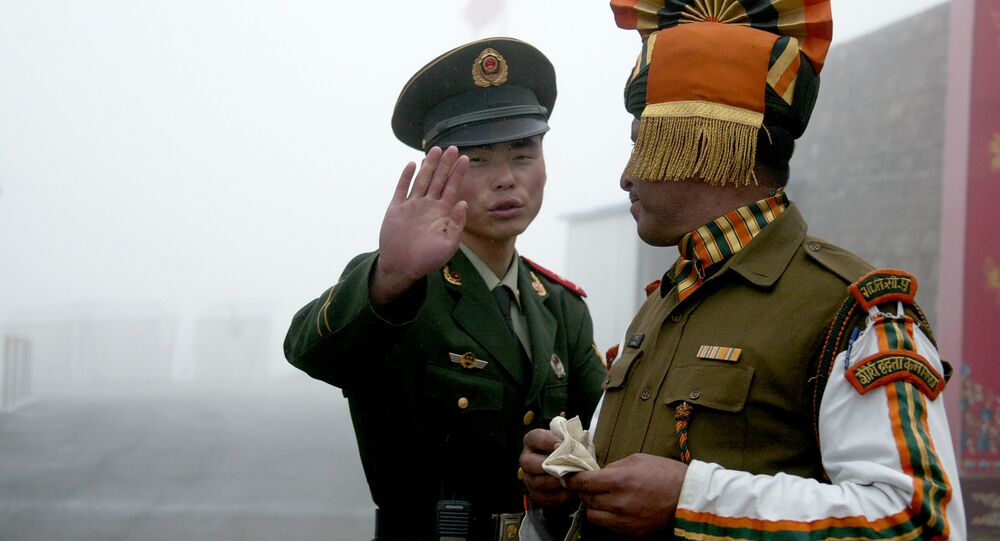 New Delhi (Sputnik): Doklam – which lies between Tibet's Chumbi Valley to the north, Bhutan's Ha Valley to the east, and India's Sikkim state to the west – has been a bone of contention between Bhutan, along with India, and China. Depicted as part of Bhutan since 1961, Doklam is also claimed by China.

Bhutan Prime Minister Lotay Tshering has called on China not to unilaterally change the status quo near the tri-junction point in the Doklam region that separates Bhutan, India, and China.

It may be recalled that Indian and Chinese troops were engaged in a military stand-off between June and August 2017 after Chinese forces attempted to extend a road on the Doklam Plateau southwards, near the Doka La Pass. At that point in time, India moved its soldiers in to prevent the Chinese from going ahead with its activity, saying that they were acting on behalf of Bhutan, with which New Delhi has a "special" relationship

In an interview given to Indian daily "The Hindu", Bhutanese Prime Minister Tshering, while responding to recent reports of China building military infrastructure on an unprecedented scale on the Chinese side of the plateau, said as long as the status quo is maintained, peace and tranquillity will exist in the region.

He also told the newspaper that both Bhutan and China have had 25 rounds of boundary-related talks since 1984 that have progressed satisfactorily. But he ruled out formal diplomatic ties with any permanent member of the United Nations Security Council (UNSC), which includes China.

On the other hand, India and China have been trading charges and accusations over intrusions in the Doklam region since August 1965.

Following the military stand-off in Doklam in mid-2017, Chinese President Xi Jinping and Indian Prime Minister Narendra Modi have met on five occasions on the side-lines of significant multilateral geo-political events. They also met bilaterally once at a summit-level in Wuhan in China's central Hubei Province to resolve pressing issues between the two countries.

At their latest bilateral interaction, held on the side-lines of the Shanghai Cooperation Organisation (SCO) leaders meeting in Bishkek, Kyrgyzstan, both President Xi and Prime Minister Modi said that since their 2018 Wuhan meeting, there has been "rapid progress in the strategic communication between the two sides, leading to be more sensitive towards each other's concerns and interests".

Both acknowledged that Sino-India ties were experiencing new momentum and stability, which had been temporarily soured by the 73-day-long Doklam standoff in 2017.