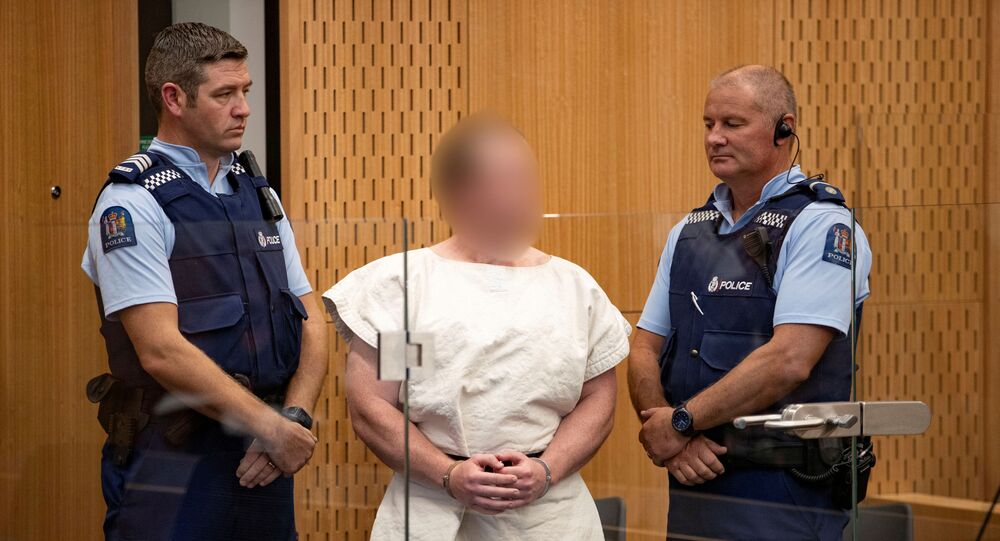 The Australian gunman accused of killing 51 people and injuring dozens in shootings at two mosques in Christchurch, New Zealand, has pleaded not guilty to more than 90 charges.

On Friday, 28-year-old Brenton Tarrant appeared in New Zealand’s Christchurch High Court via video to claim innocence of 51 charges of murder, 40 charges of attempted murder and one charge of terrorism for allegedly carrying out the livestreamed March 15 massacre.

Tarrant, who called from the maximum-security Auckland Prison, was seen by a packed courtroom containing some 80 survivors of the attacks and family members of the victims. An overflow room was also designated after the main courtroom reached capacity.

Despite Tarrant’s visual presence in the courtroom room, his microphone was muted.

Following two assessments of Tarrant’s mental health, Judge Cameron Mander declared no issues were detected that would possibly interfere with the defendant’s ability to stand trial.

Tarrant showed little emotion for the majority of the trial; however, AP reports there was a noticeable smirk from the 28-year-old when his lawyer entered his pleas.

Following the attack, New Zealand Prime Minister Jacinda Ardern, who referred to the massacre as “one of New Zealand’s darkest days,” and French President Emmanuel Macron joined together in the “Christchurch Call,” an effort to combat the use of social media as a tool to promote “terrorism and hate.”

As a result of the Christchurch Call, Facebook announced last month that it would be introducing a “one-strike” rule for livestreamers. Those who violate Facebook Live’s terms will be subject to either a temporary or permanent restriction of access to the feature.

Tarrant’s trial, which is estimated to span the course of six weeks, is slated to begin May 4, 2020.