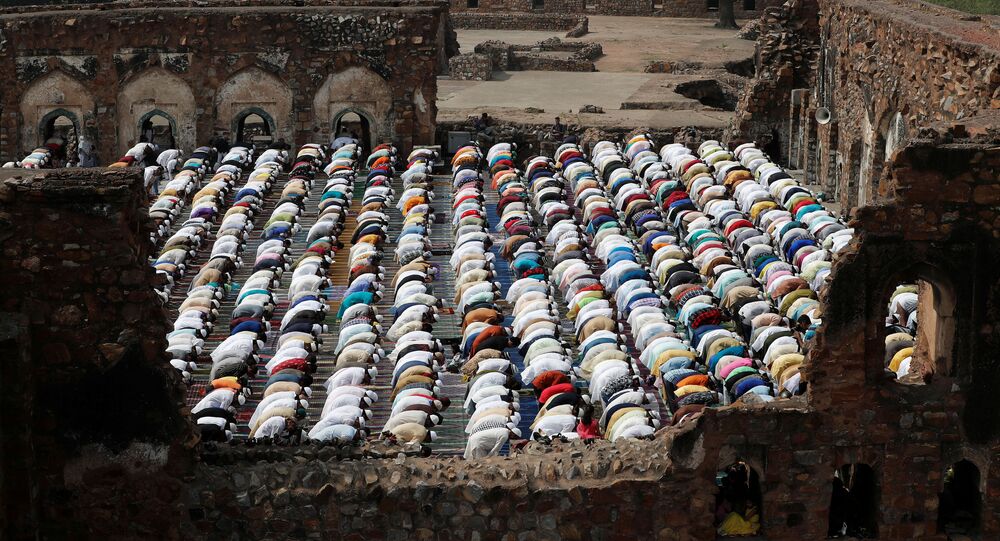 In addition to the Muslim community, the Indian Minority Affairs Ministry has also announced free coaching services for competitive exams to economically weak elements of the population, including Christians, Sikhs, Jains, Buddhists, and Parsis.

New Delhi (Sputnik): A section of Muslim rights activists in India have hailed the Narendra Modi-led NDA government's plans to award scholarships for 50 million students from minority communities over the next five years.

"It's a highly appreciable step taken by the Modi government for the welfare of Muslim children in the country. I believe it will surely boost the confidence of minorities into the NDA government and vice- versa PM Modi's government too would be able to outreach the community in a better way," he said.

Navaid Hamid, secretary of the South Asian Council for Minorities and President of All India Muslim Majlis e Mushawarat, has also welcomed the move by the Indian government.

"It is a good move to give scholarships to minority students and the decision has been taken in the right direction. We would although have to see how the implementations of these schemes are done on the ground. The Modi government over the years did announce several increases in the budget of the Minority Affairs Ministry but the allocation and implementation of these budget policies were lacking," he said.

The government has also announced a series of welfare measures for Muslims, including providing training to Madrasa (religious Muslim schools) teachers in mainstream subject to improve the quality of education at these facilities.

"Madrasa teachers across the country will be given training from various institutions in mainstream subjects such as Hindi, English, Maths, Science, Computer etc. so that they can impart mainstream education to the Madrasa students. This programme will be launched next month," Naqvi wrote on Twitter.

Madrasa teachers across the country will be given training from various institutions in mainstream subjects such as Hindi, English, Maths, Science, Computer etc. so that they can impart mainstream education to the Madrasa students. This programme will be launched next month. pic.twitter.com/6AH0S8dgT1

However, Ahmad believed that the Modi-led government will face some opposition from the heads of these Islamic schools.

"Curriculum of Madrasa should certainly be modernised. However, the heads of different Madrasa bodies must be taken into confidence as they are very apprehensive about government's move. The Indian government should also focus on overall educational condition of Muslim community as only around 4% of the Muslim children go to Madrasa."

Hamid also added that a chain of modern institutions need to be built in Muslim areas by the Modi government. "The government should think of starting Urdu language central government schools and girls-only schools. It would substantially help in the wholesome development for the younger population of Muslim community in India."