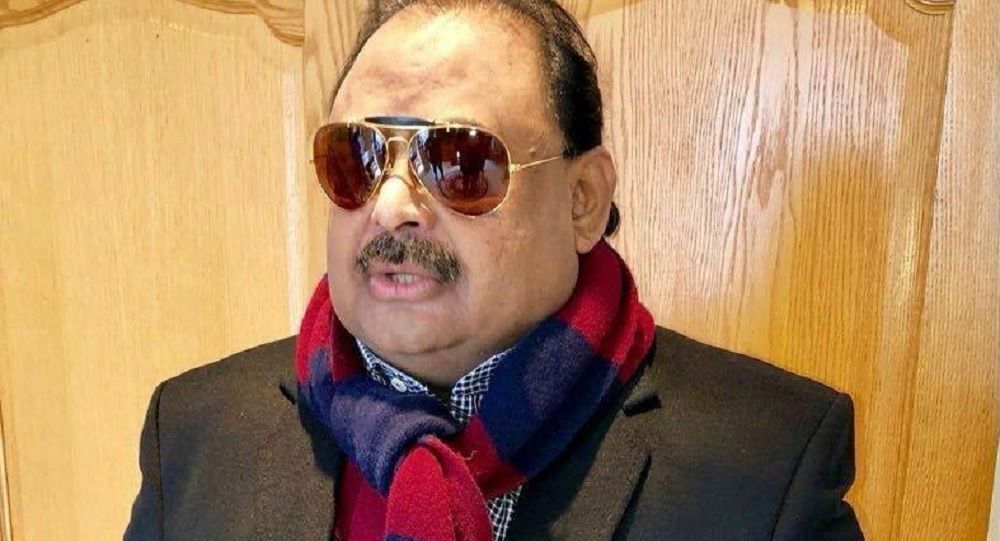 New Delhi (Sputnik): Scotland Yard sent a letter under ‘Mutual Legal Assistance' to Pakistan related to the party chief's alleged crimes and instances of hate speech between 2015 and 2016.

The leader and founder of Pakistan's Muttahida Qaumi Movement (MQM), Altaf Hussain, was arrested early Tuesday by counter-terror police in the British capital.

He was arrested for an anti-Pakistan speech delivered in 2016. According to a source, the arrest followed an official and written request from Islamabad.

Without naming Hussain, Scotland Yard said in a statement that a man has been arrested in connection with an "investigation into a number of speeches made by an individual associated with the Muttahida Qaumi Movement (MQM) in Pakistan".

"The investigation being led by officers from the Met's Counter Terrorism Command is focused on a speech broadcast in August 2016 by an individual associated with the MQM movement in Pakistan as well as other speeches previously broadcast by the same person," the statement issued by Scotland Yard reads.

In view of his arrest, Karachi Police Chief Amir Ahmed Shaikh issued directions to officials and police personnel to enhance patrolling and remain on high alert with anti-riot squads in the city.

Meanwhile, Pakistan's Interior Minister Ijaz Shah told media in Islamabad that MQM founder Hussain is a British citizen and would be investigated by authorities there. The minister clarified that Pakistan will not request his extradition now or contact Interpol over his arrest.

Over 20 hate speech cases were registered against Hussain and several other leaders of the MQM's London and Pakistan factions.

Specifically, Hussain was arrested for a 2016 speech he gave outside the Karachi Press Club against "enforced disappearances and extrajudicial killings of workers". He also said that "Pakistan is cancer for entire world.

Pakistan to Establish Courts for Speedy Trial of Terrorism Suspects