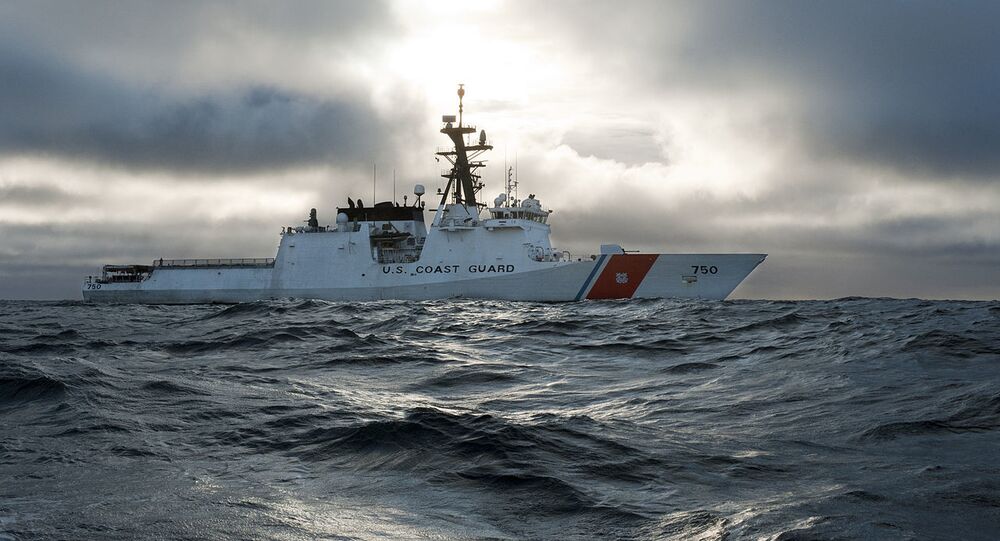 The deployment follows the Pentagon's release of a new 'Indo-Pacific Strategy Report' outlining the Us military's plans to curb "malign actors" China and Russia in the region via a combination of military tools and a web of alliances.

The US Coast Guard has deployed two cutter vessels, the USCGC Bertholf and the USCGC Stratton, with the US Seventh Fleet in Yokosuka, Japan to help challenge China's claims over wide swaths of the South China Sea, Coast Guard Pacific Area commander Vice-Admiral Linda Fagan has said.

Speaking at a press call on Tuesday morning, Fagan indicated that the vessels were being sent to the region to assist with "law enforcement and capacity-building in the fisheries enforcement realm."

Earlier this year, the USCGC Bertholf took part in one of the US Navy's regular demonstrative transit sails through the Taiwan Strait in March, with China criticising that effort and saying it served only to strain China-US relations.

According to Vice-Admiral Fagan, the Coast Guard's mission in the region is to support its local partners. "We are very much interested in engaging with partner nations in using our authorities and capacity building in a way that is helpful," she stressed.

Earlier this month, Chinese Defence Minister Wei Fenghe accused Washington of deliberately escalating tensions in the South China Sea, accusing 'countries from outside' of coming in "to flex muscles, in the name of freedom of navigation."

"The large-scale force projection and offensive operations in the region are the most serious destabilising and uncertain factors in the South China Sea," the defence minister said.

Formally charged with ensuring coastal defence and maritime security near America's shores, the US Coast Guard has been regularly deployed abroad since the days of the Cold War, and has engaged in security and anti-piracy, search and rescue and other missions around the globe since then. The two Coast Guard vessels' deployment to the South China Sea takes the ships over 8,000 km southwest of the westernmost US island in the Bering Sea, north of the Pacific Ocean.

© AFP 2020 / CHRISTOPHER J KRUCKE
First VIDEO, PHOTO of Near-Collision Between US and Russian Warships in East China Sea Released
China controls the vast majority of islands, reefs, and shoals in the South China Sea, and has regularly expressed concerns about the deployment of US vessels in the area. Along with China, portions of the strategic sea zone are claimed by the Philippines, Vietnam and Malaysia, as well as Taiwan, an island nation which Beijing considers part of its territory.

The South China Sea is a major strategic passageway, with over $5 trillion worth of maritime cargo, including much of China's Middle Eastern oil supplies, passing through the area each year. Much of the sea territory is also rich with fishing stocks and energy resources.