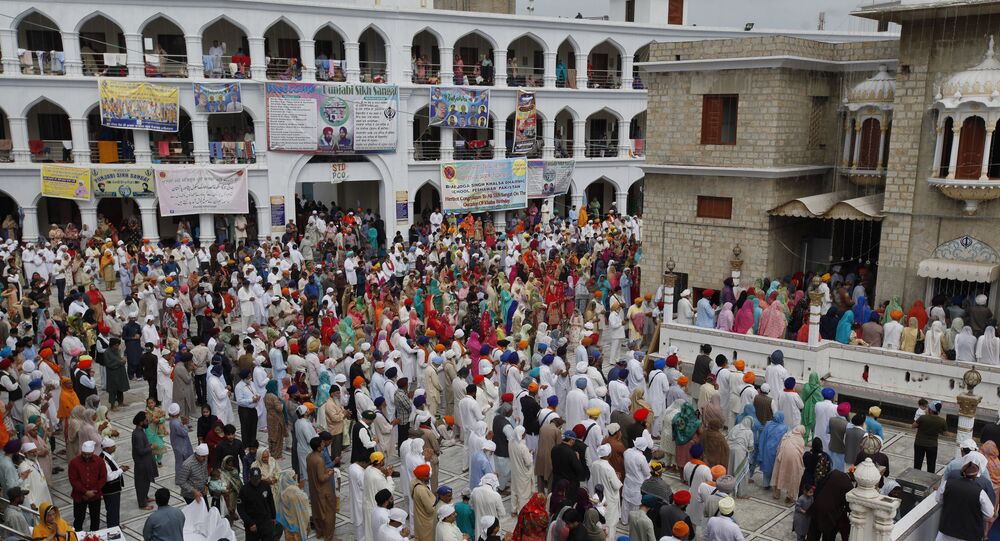 New Delhi has called on Islamabad to provide clarification on certain key issues, including the appointment of what it has described as a “controversial” individual in a committee associated with Kartarpur Corridor between Pakistan and India that is expected to provide Sikhs with visa-free passage to holy shrines.

India has demanded that Pakistan take action against the pro-Khalistani “elements” advocating the formation of a separate Sikh state in the Punjab region.

“Our stand is very clear which we have reiterated earlier also that Pakistan gives refuge to persons and groups which indulge in anti-India activities. We have said it earlier also that Pakistan should take action against them. We expect and demand it and this is something which is as per the international norms also”, Raveesh Kumar, a spokesperson for India’s Foreign Ministry, told a briefing this week.

His remarks came as a response to a question about anti-India slogans raised in Pakistan on the 35th anniversary of Operation Blue Star, a 1984 Indian military operation against Khalistani militants in Punjab.

The comment was made on the same day as Indian media reported that pro-Khalistani activist Gopal Singh Chawla chanted anti-New Delhi slogans on the operation’s anniversary.

"From all over the world groups have come together against the massacre which took place on June 6 1984, the people who lost their lives from the Sikh community. On that day, the cruel Indian government attacked the Golden Temple. And we want to tell the cruel Indian government, we want to say that the way Indira died, the way we punished Indira, we will punish others. We will make a Khalistan. And we people from the Sikh community also promise that, till India will not stop their cruelties on Sikhs, we will also not stop”, Republic TV cited him as saying.

Kumar as well reiterated what Indian officials have previously said: they objected to Chawla’s becoming a member of the Kartarpur Corridor committee, which seeks to implement an ambitious project and create a border corridor between India and Pakistan, linking the Sikh shrines of Dera Baba Nanak Sahib, which is located in India’s part of Punjab, and Gurdwara Darbar Sahib Kartarpur, situated in Pakistan-administered Punjab.

“We have shared our concerns. First thing is that we remain committed to realising the long pending demand of the Indian pilgrims to visit the holy Gurudwara Kartarpur Sahib. We want them to visit in a safe, secure and easy manner but you are also aware that we have shared our concerns and sought clarifications and reports that controversial elements have been appointed by Pakistan to a committee associated with this project”, Kumar said.

The corridor is expected to open to pilgrims in November to mark the 550th birth anniversary of Sikhism’s founder Guru Nanak Dev.