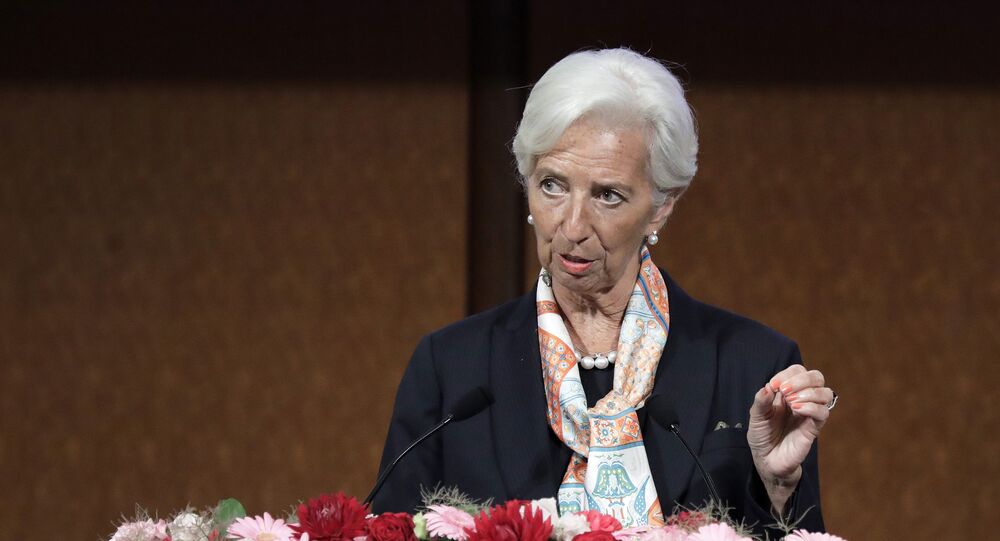 FUKUOKA (Japan) (Sputnik) - Over 700 journalists from all over the world will cover the high-level meetings of finance ministers and central bank governors from the G20 scheduled to take place on Saturday in the southern Japanese city of Fukuoka, the event's organisers have told Sputnik.

The two-day weekend meeting at Hilton Fukuoka Sea Hawk hotel is one of the eight ministerial gatherings being held throughout Japan alongside the G20 Summit in Osaka in late June. The meeting will be attended by the European Central Bank’s outgoing President Mario Draghi, the World Bank’s new chief David Malpass, and International Monetary Fund head Christine Lagarde.

In the first half of the day, the G20 representatives will discuss global taxation, corporate governance systems, and new challenges in the field of developing technologies. A focal point of the discussion will be the taxation of global tech companies, such as Apple, Google, and others.

© Sputnik / Michael Klimentyev
Strategic Partnership: What Message are Xi, Putin Sending to Trump?
In the second half of the day, the G20 finance ministers and central bank governors will meet behind closed doors to discuss a road map for a new global tax system that meets the demands of the digital age. Items on the agenda include the taxation of digitally distributed media music and videos.

The participants of the meeting will also discuss measures to minimise risks to the global economy in light of the ongoing trade war between the United States and China.