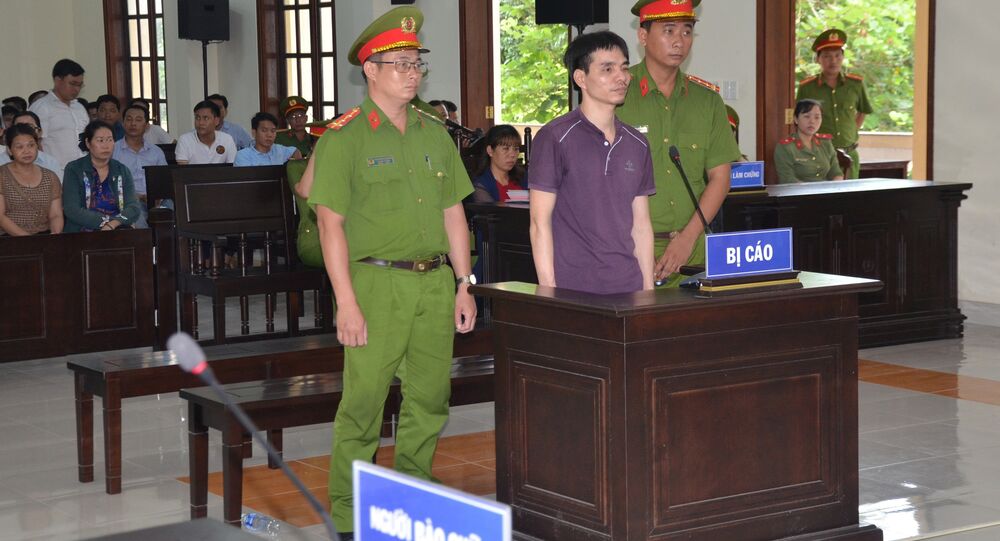 On Thursday, a Vietnamese court sentenced a climate activist to six years in prison for making Facebook posts deemed “anti-state.” The posts were intended to incite unlawful protests against the government, the case against him claimed.

Facebook user and shrimp farming engineer Nguyen Ngoc Anh was sentenced to six years in prison and five years on house arrest for a series of social media posts in 2018 that criticized Vietnam's ruling Communist Party.

According to the authorities in the southern Vietnamese province of Ben Tre, 38-year-old Anh created two Facebook accounts in 2018, between March 31 and August 14, to post and share video clips. Additionally, state news outlet Vietnam News Agency reported the engineer incited area users to engage in "destructive demonstrations" in during the National Day holiday on September 2.

On September 4, 2018, Colonel Pham Van Ngot of the Provincial Police Department noted criminal proceedings were launched against Anh for "making, storing, releasing, and circulating information and documents" that authorities claimed were fabricated and distorted reality in an effort to defame those in power and potentially provoke an uprising.

The European Union issued a Thursday statement in response to Anh's sentencing, calling on Vietnamese authorities to "release Nguyen Ngoc Anh as well as all human rights defenders imprisoned for having peacefully expressed their views."

HRW Deputy Asia Director Phil Robertson, tweeted Wednesday that the 38-year-old's trial was a "crackdown on critical voices," while the EU called Anh's sentence part of a "worrying development" within Vietnam.

Since 2017, Vietnam's Communist Party has bragged about its "pioneering" success in making internationally accessible sites such as Google and Facebook fall in line with its local legislation.

Hanoi also enacted a new law in January 2019 which made it illegal to "post false information that could cause confusion and damage to socio-economic activities" and also requires ISPs to store user data within Vietnam by 2020, allowing authorities to access said information at any time.

Just last month, a Facebook release reported that since the latter half of 2018, the company experienced a 500% uptick in the amount of content restricted to users within Vietnam.

Amnesty International reports Vietnam has jailed at least 128 "political prisoners," with around 10% of them serving time for social media posts.