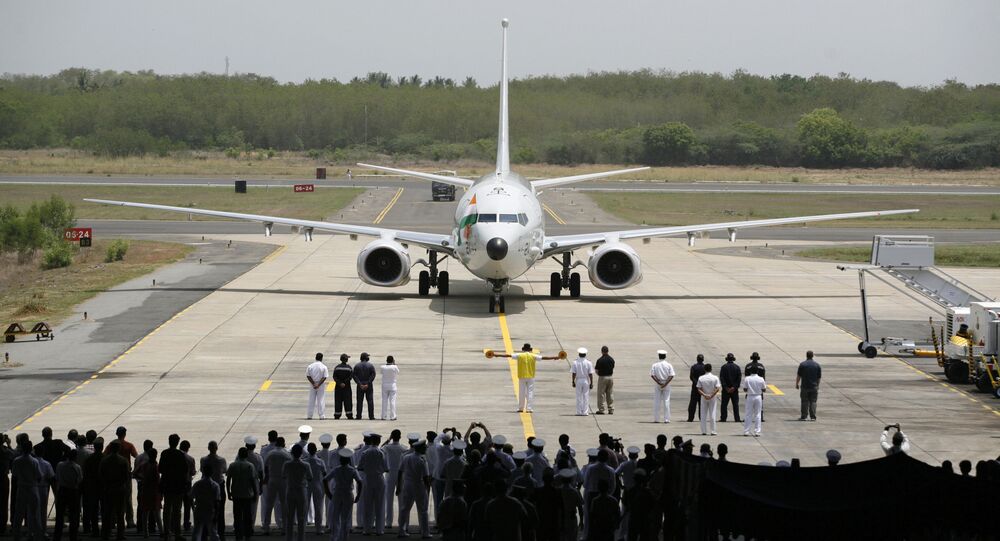 Extensive efforts are on to locate an Indian Air Force An-32, with eight crew members and five passengers on board. The aircraft took off from Jorhat Airfield and was headed to Mechuka Advanced Landing Ground, 40 km from the Line of Actual Control - the de facto border between India and China.

New Delhi (Sputnik): A day after an Indian Air Force's An-32 aircraft went off radar screens near the Chinese border, the remote sensing satellites of the Indian Space Research Organisation (ISRO) and Naval P-8I spy planes have been pressed into service.

Earlier on Monday, the IAF launched C-130, An-32 transport aircraft, Mi-17 helicopters, and Indian Army helicopters. The aircraft are equipped with advanced sensors.

© AFP 2021 / DIBYANGSHU SARKAR
India’s Sukhoi Still Untraced, China Says Don’t Disturb Border Region
The IAF claimed that a search operation is underway by all sensors with night capability and that a ground party will continue throughout the night. All possible assistance is also being provided by Indian Army, Indian Navy, Police and State administration.

The Soviet-era aircraft were inducted into the Air Force in the 1980s and have been undergoing upgrades. However, the missing jet had not been upgraded under the programme.