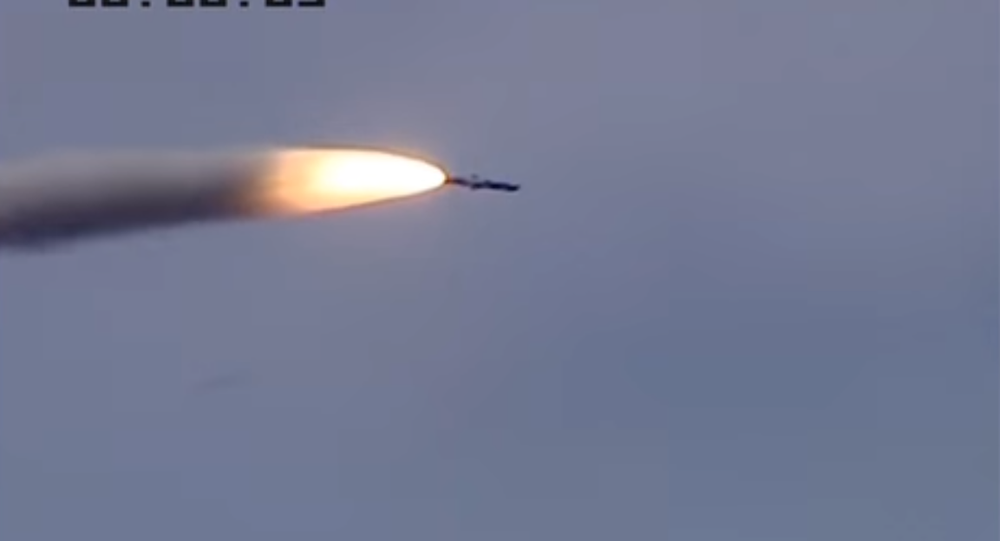 The Indian military along with defence scientists on Tuesday tested the extended range of the jointly developed Indo-Russia supersonic cruise missile from a ground launcher at an integrated test range off the coast of Odisha.

New Delhi (Sputnik): After a brief halt, India has once again commenced testing its weapons systems. On Tuedasy, it was the BrahMos' turn, considered to be world's fastest supersonic cruise missile. The latest BrahMos missile test is part of ongoing user trials for its extended range of around 450 km, with the version of the missile used in the launch having an upgraded guidance system as well.

The first test of the extended range variant of the BrahMos was successfully tested on 11 March 2017 using the mobile autonomous launcher deployed in full configuration.

India and Russia have been seeking to extend the range of the missile further and may test its capability of hitting a target around 500 km. It may be recalled that increasing the missile's range became possible after India's induction into the Missile Technology Control Regime (MTCR) in 2016.

© CC BY-SA 3.0 / Mike1979 Russia / BrahMos missile
India to Begin Export of BrahMos to South East Asian, Gulf Nations - Official
India's Defence Research and Development Organisation (DRDO) has claimed that another version of the missile with a strike range of 800 km has been under development. The missile could be tested within a year.

The 800-km range would be achieved by optimising the cruise performance of the missile's ramjet engine and through the use of composites to reduce missile's weight to allow for an enhanced fuel load. However, the changes will not impact the external dimensions of the missile.