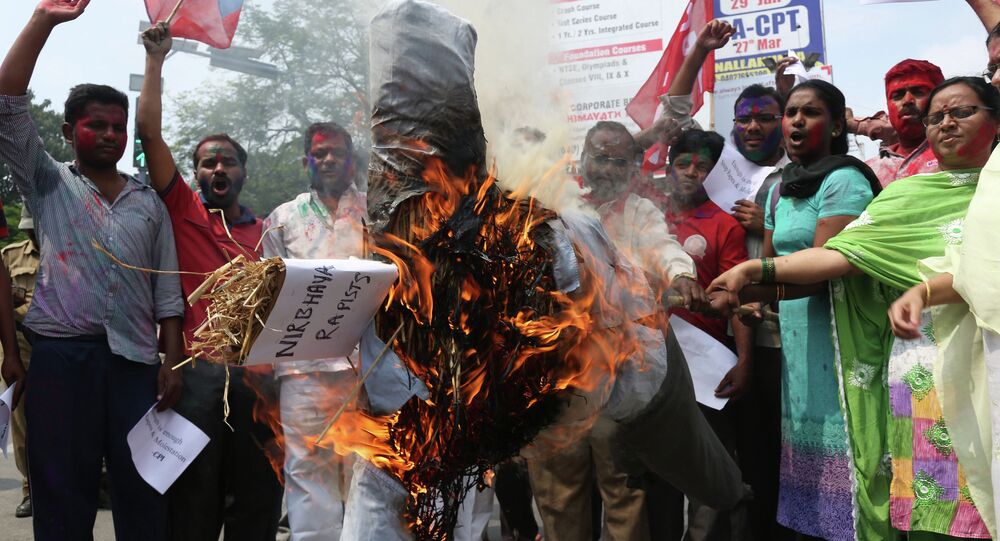 Police have been deployed to the civil hospital where the victim remains in critical condition. She was brutalised to such an extent that she had to be treated with deep internal stitches, a police official said.

New Delhi (Sputnik): A nine-year-old girl has been raped in the Indian city of Jalandhar and is currently at a hospital in critical condition.

According to police, the girl's father found her unconscious when he returned home from work. She later told him about what happened and that the perpetrator was their neighbour Pappu Kumar, a 39-year-old man.

After media outlets reported about it, the incident sparked a huge outcry on social media.

Though the mob took decision in their hand, but all the rapist shud be given same treatment. No need for court & case, decision on the spot

Great job 👏👏 Justice on the spot

this lynching is growing due to loss of trust of people in police, administration,and judiciary

READ MORE: Netizens Shocked Over Report of Rape and Beheading

​A police official has meanwhile said that a case has been opened against the people involved in the mob-lynching.