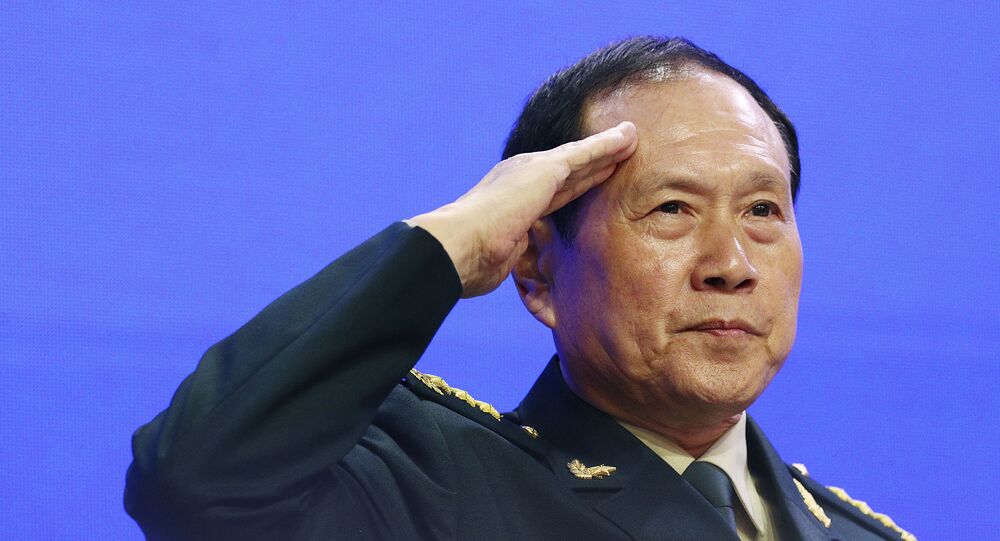 Chinese Defence Minister Wei Fenghe criticized the United States on Sunday for its policy in regard to Taiwan and for naval operations in the disputed South China Sea, yet noted that conflict or war between Washington and Beijing would be a disaster.

Wei told the Shangri-La Dialogue in Singapore, Asia's premier defence summit, that China would "fight to the end" if anyone tried to split China from Taiwan, which Beijing considers a “sacred land”.

"No attempts to split China will succeed. Any interference in the Taiwan question is doomed to failure," said Wei, who was dressed in a general’s uniform of the People's Liberation Army (PLA).

© REUTERS / Idrees Ali
Chinese Minister Blasts US for Undermining One China Policy With Taiwan Actions
He said that China “must be and will be reunified,” while adding that China will not renounce the use of force.

“We will strive for the process of peaceful reunification with utmost sincerity and greatest efforts but we make no promise to renounce the use of force. Any underestimation of the PLA's resolve and will is extremely dangerous,” he added, cited by AFP.

Wei also addressed the situation in the South China Sea, noting that it is generally stable, yet adding that “some countries from outside the region come to the South China Sea to flex muscles in the name of freedom of navigation.”

Wei also used the phrase “fight to the end” in regard to the ongoing trade war between world’s two largest economies. But, if Washington wanted to talk, "we will keep the door open", he added. Beijing and Washington have been locked in a bruising tit-for-tat trade war, exchanging tariffs on $360 billion in two-way trade so far.

The New Cold War between the US, China, and Russia

India With 5.8 % GDP Slips to Five-Year Low, Falls Behind China