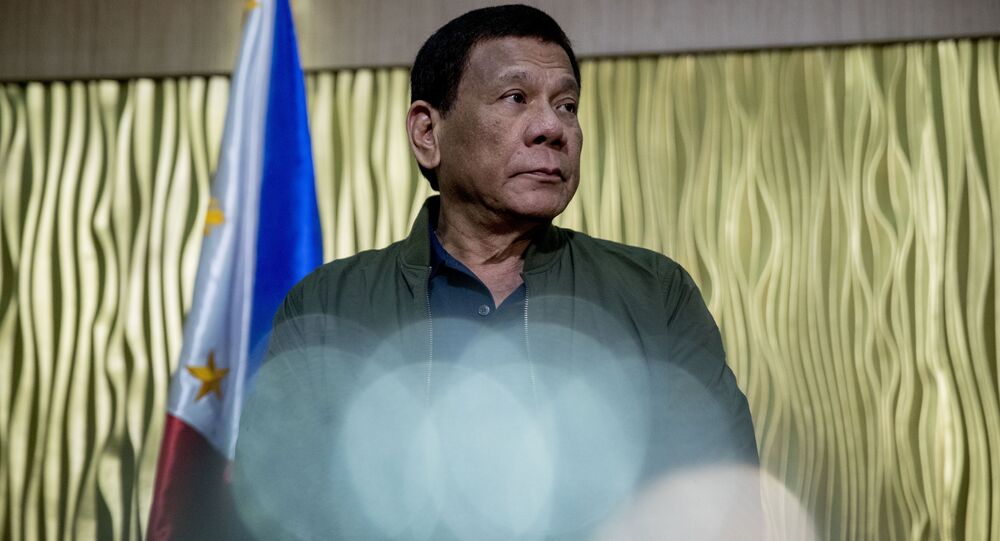 The Philippine president made a totally unexpected confession while on a visit to Japan, dropping in passing that he used to be homosexual at some point in his life, but after a certain event he grew into “a man”.

Having been notoriously outspoken and straightforward in labelling gays and accusing Catholic priests of engaging in homosexual relationships, Rodrigo Duterte on Thursday tried hard to attack a political opponent, and then, ironically, “outed” himself.

Local media reported that the Philippine strongman asserted that anyone in the know would come to the same belief about his political opponent, Senator Antonio Trillanes:

“I said, ‘are you sure?’ They said, ‘you ask any gay person who sees Trillanes move, they’ll say he’s gay’. No wonder. Good thing Trillanes and I are similar-- but I cured myself”, Duterte was cited as saying.

“Duterte is gay. So I am gay, I don’t care if I’m gay or not”, he explained ambiguously, continuing to recount how he met his ex-wife, then making the decision to “become a man again”.

It is worth mentioning that this is not the first time that Duterte has addressed his sexual proclivities, although neither time directly: back in 2017, he joked about having considered bisexuality so he could “have fun both ways”. The hints, however, didn’t stop him in any way from making “homophobic” comments on more than one occasion. In 2016, for instance, he made headlines by launching a slur-laden tirade at a US diplomat.

He said at the time that he was “pissed off” at US envoy Philip Goldberg, calling him a “gay ambassador, the son of a whore”. He similarly demonstrated a double-standard approach as he flip-flopped on the issue of legalising gay marriage in the predominantly conservative Catholic country. While he first rooted for the move, calling it “a trend of modern times”, he subsequently appeared to backtrack on the issue, claiming the potential initiative contradicted the country’s moral and religious norms.