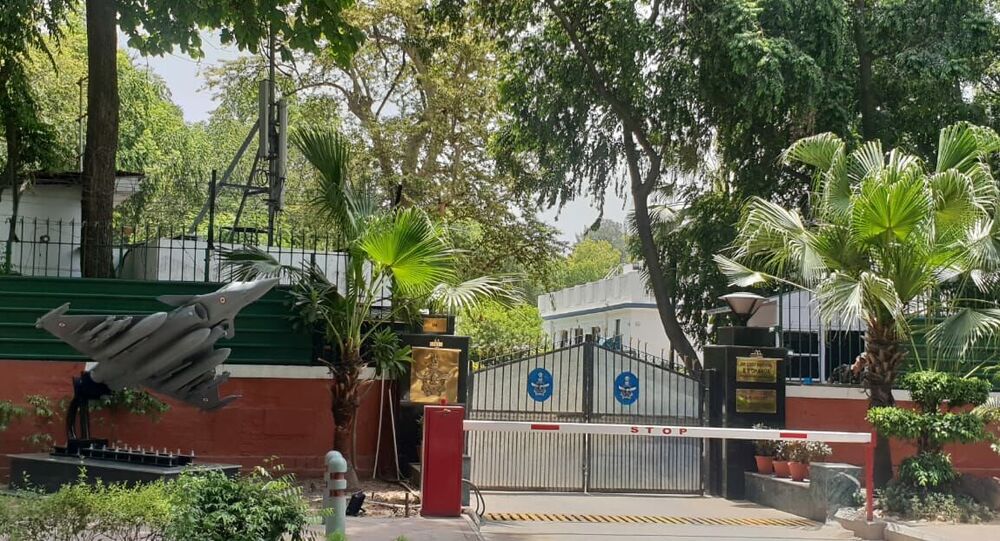 The scaled down model has been installed amid reports of the jet being scheduled to be inducted into the 17th Squadron of the Air Force, known as the "Golden Arrows", which was commanded by Birender Singh Dhanoa in 1999 during the Kargil conflict between India and Pakistan.

India signed an $8.7 billion deal with France in 2016 to purchase 36 Rafale fighter jets. But a major controversy erupted after the purchase came under the cloud of corruption and favouritism by India's main opposition party, Congress.

The matter was highlighted quite emphatically to corner the governing Bharatiya Janata Party (BJP) in the recently held parliamentary elections 2019.

Now, incidentally, the model has been installed just opposite the office of a decimated Congress Party in New Delhi. The model was preceded by a likeness of the Su-30MKI.

The first Rafale jet is set to be handed to the Indian military in September 2019. But it will be required to undergo at least 1,500 hours of intensive testing to validate the India Specific Enhancement on it.

The Air Force chief will deploy 18 Rafale fighter jets in the Hasimara Airbase in the Indian state of West Bengal, near the border with China, while the remaining 18 will be based in the Ambala region of Haryana state.

The Indian Air Force has termed the Rafale fighter jet a game-changer for the service that would tilt the balance of power back in India's favour.

"IAF is about to get two squadrons of Rafale. Rafale has the capability that no enemy can interfere in the air operations, which is a big thing. It will come and change the balance back to us", Air Chief Marshal Dhanoa said earlier this year.