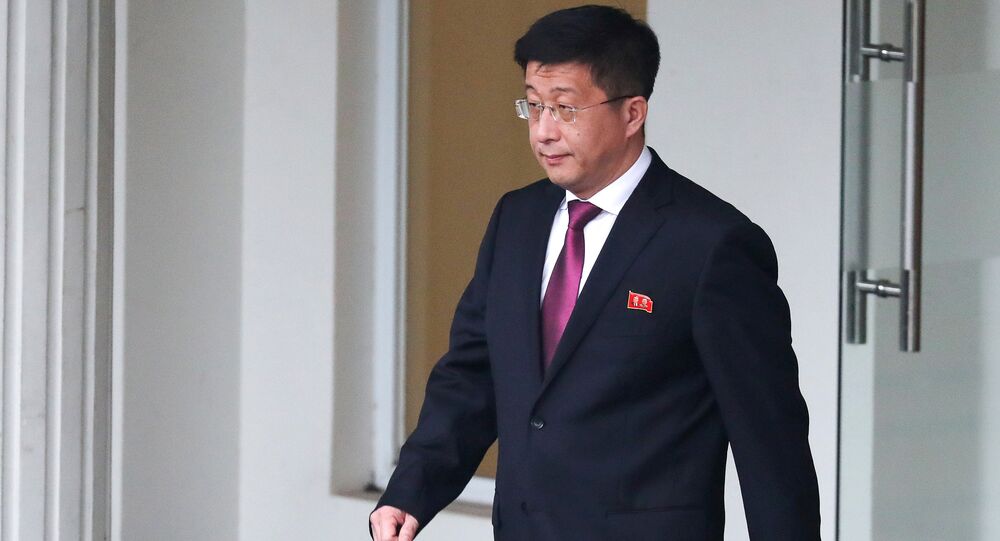 North Korean leader Kim Jong-un and his government are said to have carried out a purge against at least five Foreign Ministry officials, including the country’s envoy to the US, following the second official meeting between leaders of the US and Democratic People's Republic of Korea.

Kim Hyok-chol, North Korea's special envoy to the US who acted as US Secretary of State Mike Pompeo's counterpart in discussions prior to the failed Hanoi summit between the two nations, has been dead for months, reported South Korean newspaper The Chosun Ilbo Friday.

"Kim Hyok-chol was investigated and executed at Mirim Airport with four foreign ministry officials in March", an anonymous North Korean source revealed, according to The Chosun Ilbo.

The unnamed source added that Kim Yong-chol, vice chairman of the Central Committee of the Workers' Party of Korea for South Korean affairs, was ordered into "forced labour" in Jagang Province.

The Chosun Ilbo goes on to assert Kim Jong-un's interpreter at the Hanoi summit, Shin Hye-yong, also found herself reprimanded and eventually detained in a "political prison camp" for reportedly undermining the DPRK leader through a mistranslation.

The source believes Kim Jong-un and his government are carrying out this "purge" to shift attention away from "domestic dissatisfaction". An "ideological education" programme is also mentioned as a requirement for those punished.

Reuters noted that in a Thursday release, Rodong Sinmun, North Korea's official newspaper of the ruling party, included commentary saying "acting like one is revering the Leader in front (of others) but dreaming of something else when one turns around, is an anti-Party, anti-revolutionary act that has thrown away the moral fidelity toward the Leader, and such people will not avoid the stern judgment of the revolution".

In response to the reported executions, CEO of Korea Risk Group Chad O'Carroll took to Twitter, claiming he had communicated with a source earlier this week who contradicted The Chosun Ilbo's report.

Source told me this week that Kim Hyok Chol had been seen at the foreign ministry recently in Pyongyang… https://t.co/ADY7JiehY4

The Chosun Ilbo concluded its report by highlighting that this is the first time the words "stern judgment" and "anti-Party, anti-revolutionary" have been used by the North Korean publication since the execution of Kim Jong-un's uncle-in-law Jang Song-thaek in December 2013.

Trump Says There is 'Great Respect' Between US and DPRK